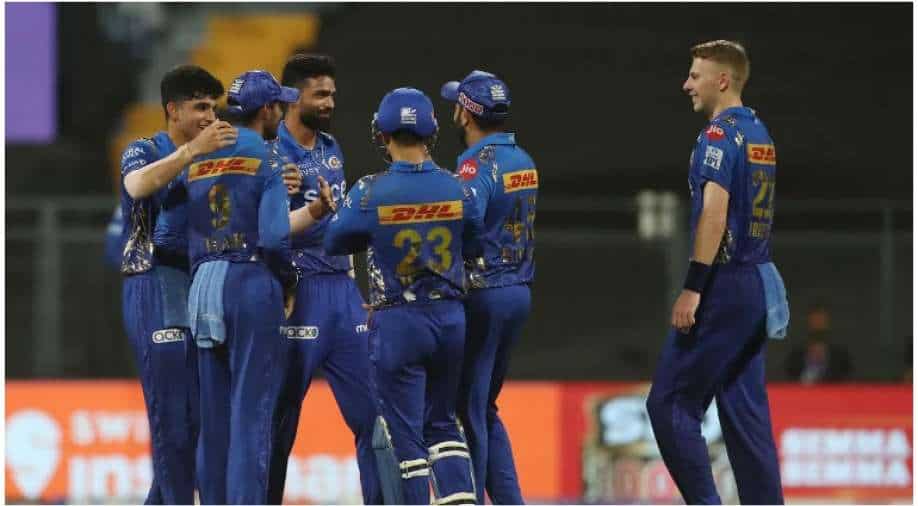 IPL 2022: Mumbai Indians (MI) beat Chennai Super Kings (CSK) by 5 wickets as defending champions have bowed out from the playoffs race. Here is the updated points table after match 59:

Match 59 of the IPL 2022 edition saw the arch-rivals and bottom-lying Mumbai Indians (MI) and Chennai Super Kings (CSK) take on each other at the iconic Wankhede Stadium, Mumbai on Thursday evening (May 12). The match presented another opportunity for the five-time winners and already-eliminated Rohit Sharma-led MI franchise to add another two points in their kitty whereas it was a must-win clash for MS Dhoni's CSK.

Being alive in the playoffs race by the barest of margins, Chennai couldn't afford to let loose. However, nothing clicked for the defending champions and four-time winners as they conceded the game by 5 wickets. Being asked to bat first, amid power cut issues, CSK were off to a horrible start and soon reduced to 29-5 courtesy Daniel Sams' three quick strikes. Their top-order players couldn't even take the help of the DRS in the first ten deliveries due to the power cut. Barring Dhoni's 36*, no one stood tall as CSK folded for their second-lowest IPL total (97).

In reply, Rohit & Co. were also reduced to 33 for 4 due to Mukesh Choudhary's early blows. However, a sedate 48-run fifth-wicket stand between young guns Hrithik Shoukeen-Tilak Verma steadied MI's innings as they won by five wickets.

ALSO READ | CSK vs MI: EXPLAINED! Here's why both teams were deprived of DRS during first 10 balls of the contest

CSK and MI are now the two eliminated teams from the playoffs race as all the other seven franchises remain in contention or are close to qualifying for the next round. Gujarat Titans (GT) are the only side confirmed of a playoffs spot.