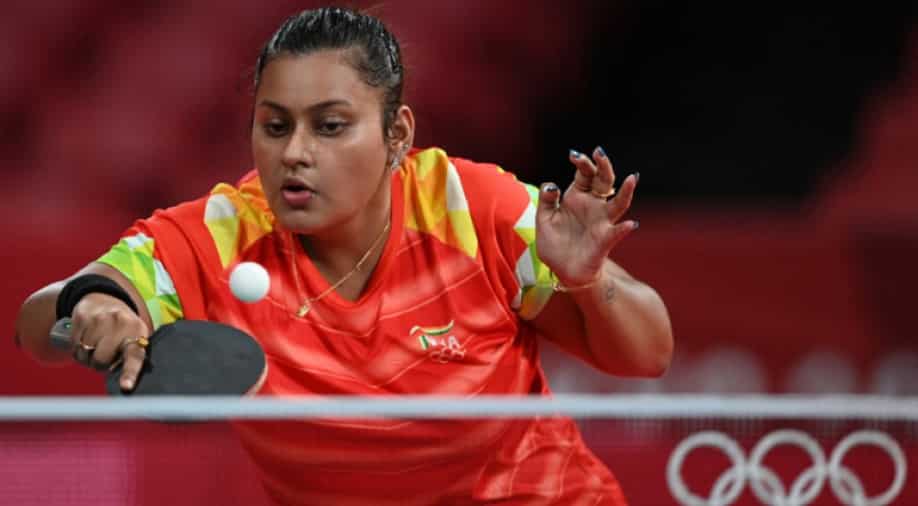 Soon after Manika Batra turned into the first Indian woman to win a table tennis singles match at the Olympics in 29 years, Sutirtha Mukherjee likewise joined the club, winning after an overwhelming execution.

Sutirtha Mukherjee discovered motivation and gave a consistent contest to her opposition, particularly from the subsequent game, after which there was no stopping for the 25-year-old.

Linda Bergström looked ruling consistently and finished off the first game with an 11-5 success. Sutirtha never glanced in charge of the game and perhaps that had to do with her disrupted nerves. Sutirtha made an excessive number of blunders on return and unforced errors ensured that Linda won the first game.

The 25-year-old fought back in her first Olympics and the youngster made a comeback in the subsequent set taking an 8-3 lead before Linda made a comeback and the scores perusing 9-8 for the Indian. She clutched her nerves and in the end and took the game 11-9.

Linda appeared to dominate and won the first game 11-5. Sutirtha made a surprising return winning four straight points to even the squares at nine-all except at last losing the game to her rival who endured with her slices which were ending up being viable for her, thus shutting the game at 11-9.

A 4-1 lead in the 6th game gave Linda a lot of certainties as she hoped to finish off the match with this game. Although, Sutirtha had different plans as she made a solid comeback winning six successive points.

As the match from the earliest starting point, it was a teeter-totter fight between the two players who didn't give each other much and looked resolved to secure a victory.

At long last, after some stunning showcase of abilities, the Sutirtha Mukherjee arose victorious in the sixth game and took the match to the choosing game with the games tied at 3-3.

Soon after Manika Batra turned into the first Indian woman to win a table tennis singles match at the Olympics in 29 years, Sutirtha Mukherjee likewise joined the club, winning after an overwhelming execution.