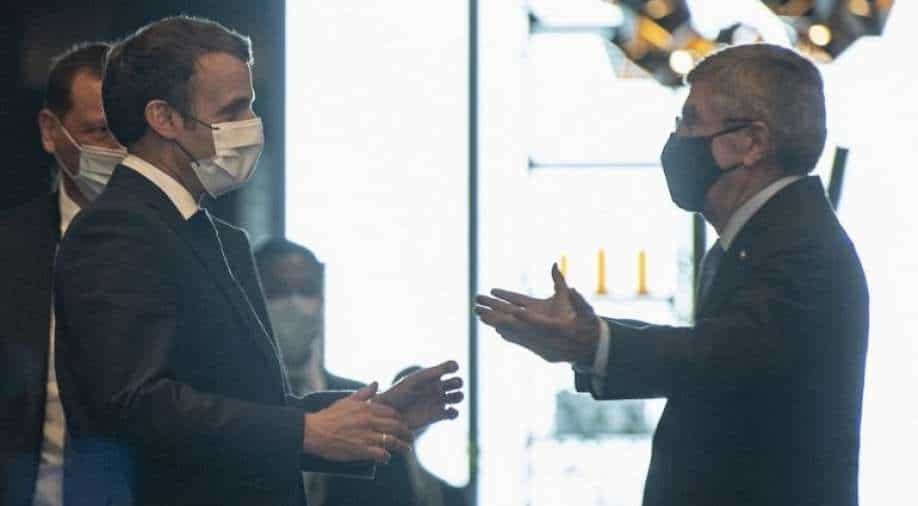 French President Emmanuel Macron will also be present in the stands of Olympics Stadium to witness the opening ceremony of the Olympic Games 2020.

Macron arrived in Tokyo on Friday for his two-day trip to Japan. Along with the opening ceremony, he will also attend the judo and women’s 3x3 basketball competitions.

The French President will be joined by the First Lady of the United States (FLOTUS), Jill Biden, in the stands at the opening ceremony of Tokyo 2020.

This year, due to the coronavirus pandemic, the attendance in the stands is very limited and therefore the usual star-studded opening ceremony has been cut down to a limited guest list.

He will be having a reception with Emperor Naruhito a little before the opening ceremony, and will later meet Japanese Prime Minister Yoshihide Suga on Saturday. Suga and Macron will be, reportedly, discussing the situation in the Indo-Pacific region as the military and maritime pressure from China continues to grow in the area.

Macron will be discussing this topic in relation t the case of a French man, Vincent Fichot, who claims to not have met his three children for the past three years. He alleged that his ex-wife, a Japanese lady, took his children away from him. On July 10, Fichot started a hunger strike outside the Olympic Stadium to raise awareness for his problem.