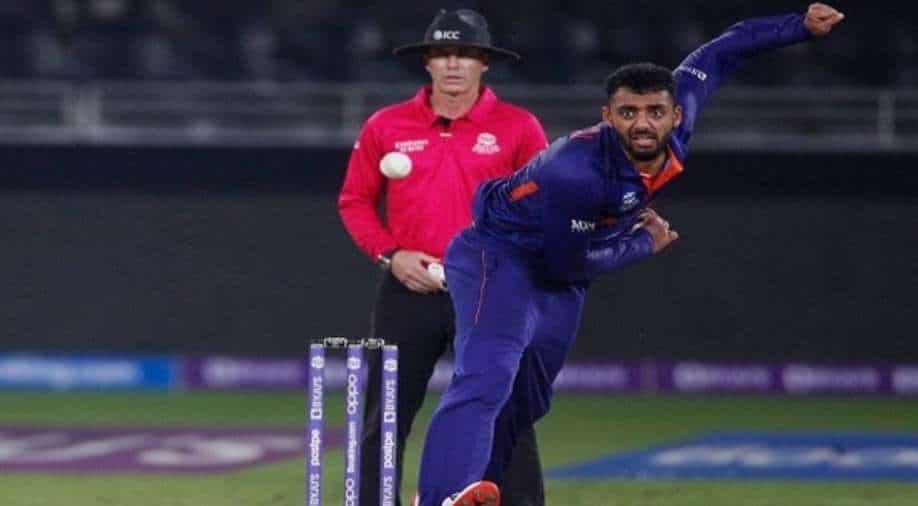 Ahead of the crucial match against Scotland in the ICC T20 World Cup, the Indian spinner Varun Chakravarthy underwent fitness drills under the watchful eyes of physio Nitin Patel and assistant strength and conditioning coach Soham Desai.

On Diwali, the Indian squad decided to skip the optional training session but the "mystery spinner" hit the ICC Academy in Dubai on Thursday (November 4), ANI reported and images and videos also started to circulate on the social media forum.

A left calf issue had seen Varun miss the game against Afghanistan on November 3 and off-spinner R Ashwin was drafted into the XI. The change was impactful as India beat Afghanistan by 66 runs after losing their previous two matches of Super 12 stage against Pakistan and New Zealand.

Ashwin had returned to India's XI after 1,578 days — previous to that, he played a T20I match for India was against West Indies at Kingston on July 09, 2017. Commenting on his return, Ashwin said: "Two losses I did feel a bit low about it, it is never special when you lose games.

"The chances of qualification did take a dent, but after yesterday's win, we have our fingers crossed and hope things go right. Everything I wanted to execute yesterday, fell into place," he added while speaking during the press conference.

However, there is no assurance whether Ashwin will be included in India XI against Scotland. The Indian skipper Virat Kohli has an option of Varun also.

The qualification in Group 2 is most likely will come down to net run rate (NRR). After winning against Afghanistan, India now have a positive net run rate of 0.073. For Virat and team to qualify, New Zealand need to drop points in one of their remaining two matches, either Afghanistan or Namibia, which is unlikely considering their current form. However, a narrow 16-run win against Scotland states otherwise.

The current scenario states that if India do end up winning the remaining two games and New Zealand beat Namibia but lose to Afghanistan, there could be a three-way tie at 6 points. Then the net run rate will decide which team will go through.