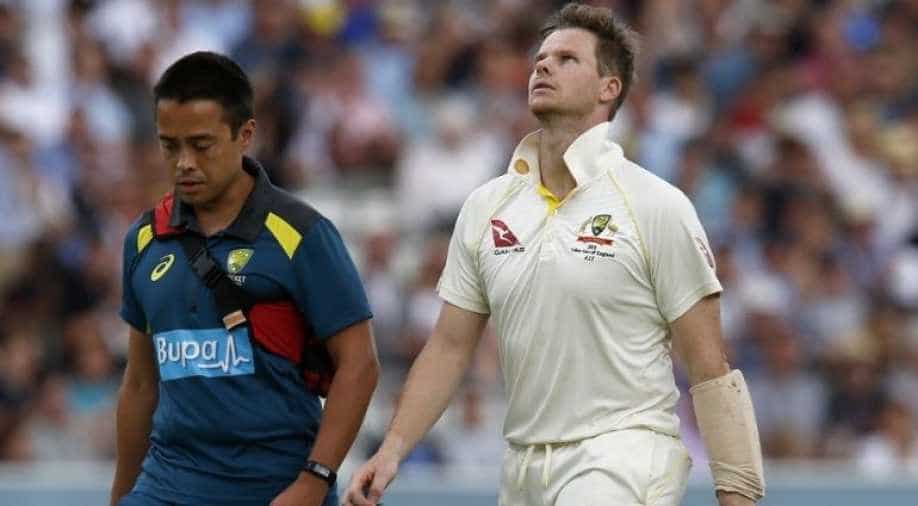 Australian cricket board confirmed that team's star batsman Steve Smith has been ruled out of the third Test of the five-match Ashes series, which is scheduled to start from Thursday at Headingley.

Smith suffered a concussion when he was felled by a Jofra Archer bouncer on Saturday in the first innings of the second Test at Lord's.

Having failed to recover in time from the concussion he sustained, Smith will not take part in the Headingley Test.

Smith requires the approval of the team's doctor Richard Saw before he can resume playing.

Manus Labuschagne, who subbed Smith during the Lord's Test, is likely to take Smith's place in the XI for the clash in Leeds.

The 30-year-old has scored two centuries and 92 in his three innings in the first two Tests.

"Steve Smith has been ruled out of the third Ashes Test at Headingley, with coach Justin Langer confirming the news after the batsman sat out Australia's training session on Tuesday," Cricket Australia announced on their website.

To recover from the injury, Smith now has two weeks to be ready for the fourth Test in Manchester, which starts on September 4.