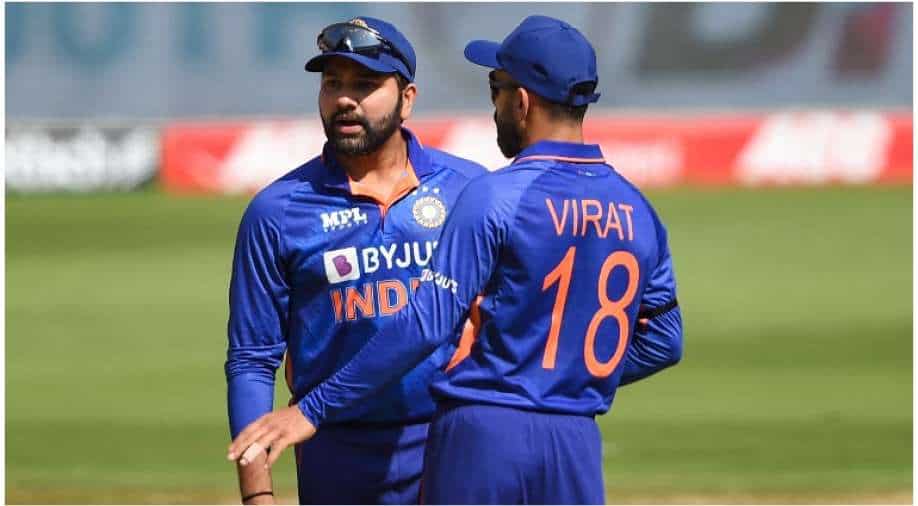 Indian cricket started a new era in white-ball formats under Rohit Sharma when the Men in Blue faced West Indies in the three-match ODI series opener on Sunday (February 6) in Ahmedabad on Sunday. It was a special outing for the two-time ODI World Champions as they were playing their 1000th match in the shorter format.

In their landmark outing, India beat the Kieron Pollard-led Windies without dropping much sweat. Opting to bowl first, India rode on Yuzvendra Chahal's 4-fer and Washington Sundar's 3 for 30 to dismiss the Men in Maroon for a paltry 176 43.5 overs. In reply, India's run-chase was led by Captain Rohit's 60 and vital unbeaten knocks from Suryakumar Yadav and Deepak Hooda to win by six wickets.

Thus, Rohit's tenure as full-time white-ball captain has started on a memorable note. Being a proven leader in IPL, with as many as five trophies for the Mumbai Indians (MI), a lot is riding on Rohit to end India's ICC-title drought since 2013. Hence, former Indian spinner Pragyan Ojha lauded Rohit's captaincy skills and shed light on how different it is from his predecessor Virat Kohli.

"Kohli is so energetic and expressive that a player who doesn't have similar nature has problems in expressing himself... he doesn't get an idea about expressing his thoughts to the skipper in intense situations. But Rohit isn't too expressive. He knows that in such a high-intensity game, you will find players who are introverted. This is a major difference in the character or approach of Kohli & Rohit," said Ojha on Cricbuzz.

"Overall, their intensity to win games is the same but many players say that they are comfortable with Rohit. Any new player takes time to open up... and Rohit makes that easier despite not being expressive on the field. A shy player gets a bit intimidated by Virat's in-your-face attitude. But the bigger goal of both Virat and Rohit is to take Indian cricket forward," Ojha further added.

For now, India enjoy a 1-0 lead in the three ODIs versus West Indies before the second and penultimate contest, which will be held on Wednesday (February 09). The action will then shift to the three T20Is, to be played in Kolkata.