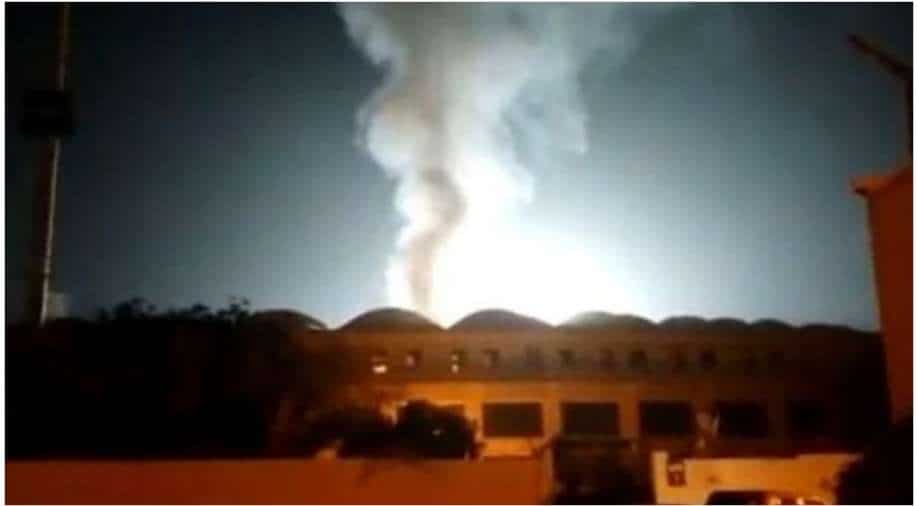 Ahead of the league, the PCB have been dealt with a major blow, however, they would be pleased with no casualties being reported due to the unfortunate incident.

As the Pakistan cricket lovers are gearing up for the commencement of the forthcoming PSL 2022 edition, a major fire broke out at the National Stadium in Karachi on Tuesday (January 25). In a shocking turn of events, a fire erupted inside the make-shift commentary box of the Karachi National Stadium.

As per the latest developments, no casualties were reported in the accident, a day prior to the commencement of the new season. For the unversed, the Pakistan Cricket Board (PCB) is gearing up to host the upcoming T20 league where the first 15 games will be held in Karachi. Karachi Kings and Multan Sultans will lock horns with each other in the tournament-opener on Thursday (January 27). Ahead of the league, the PCB have been dealt with a major blow, however, they would be pleased with no casualties being reported due to the unfortunate incident.

The video of the fire breakout went viral on social media platform. Here's a look at the devastating turn of events:

According to a report filed by Cricket Pakistan, it has been learned that the major cause of the fire accident was due to a short circuit in the power lines. Following the incident, a PCB spokesperson has confirmed that a fire brigade vehicle and personnel were deployed at the iconic stadium in Karachi. It further stated that the commentary box on the third floor of the stadium has also been shifted to the ground; accommodating the broadcasters as well as the commentators inside the bio-secure bubble.

PSL 2022 commences on Thursday whereas the season finale will be held on February 27.