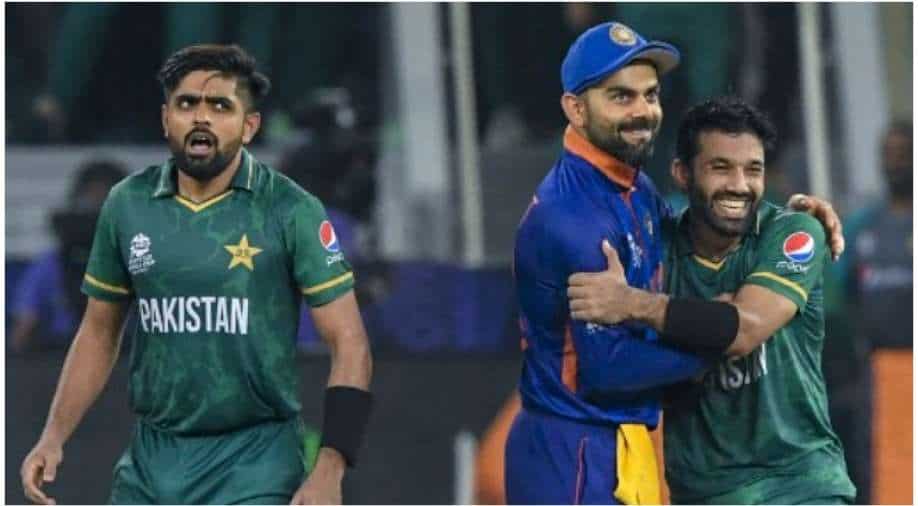 Babar Azam-led Pakistan were very impressive in the 2021 T20 World Cup, in the UAE. Being unbeaten enroute the semi-finals, the Men in Green couldn't enter the final after losing their semi-final fixture to eventual winners Aaron Finch-led Australia in Dubai.

"Honestly, it felt like a normal match, like any other game. We felt the hype of the World Cup after getting there (in UAE). Before the match, I had an interview with Indian media and they asked if I was nervous. I told them that I don't feel any different as of now but if and when I do, I will let you know (chuckles)," Rizwan told Cricket Pakistan in an interview.

After Pakistan returned home following their impressive run in the T20 WC, Rizwan revealed that it was then when the team realised how much their win over India meant to the countrymen. "But the response and love we received from the fans and the country cannot be explained in words. When we got home from the Bangladesh tour after the World Cup, the reception made me realise that playing against India is not ordinary because there's much more at stake than playing against any other opposition,” Rizwan added.

Recently, ICC revealed the full schedule for the 2022 T20 WC, to be held later this year in Australia. India and Pakistan are once again placed in the same group, i.e. Pool 2, and will lock horns with each other on October 23 at the iconic Melbourne Cricket Ground, MCG.