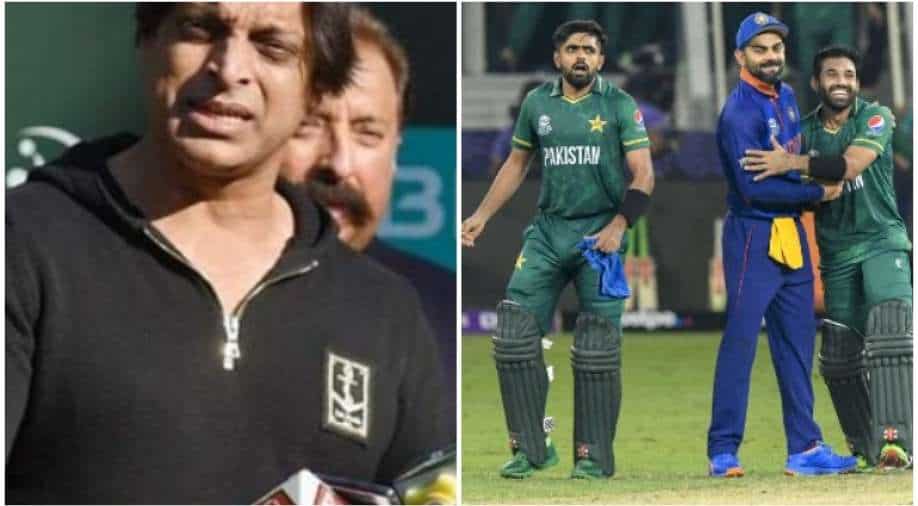 Rawalpindi Express Shoaib Akhtar feels Babar Azam-led Pakistan is a better T20I side than Team India and can beat them once again in the 2022 T20 World Cup.

Former Pakistan pacer Shoaib Akhtar feels Babar Azam-led Men in Green will be able to beat Team India in this year's Men's T20 World Cup, set to be held in Australia. On January 21, the International Cricket Council (ICC) revealed the full schedule for the mega event, which will begin on October 16 with the main draw commencing on October 22.

In the main draw of the showpiece event, India and Pakistan are once again placed in the same group (i.e. Pool 2). The two sides will face each other in their respective tournament-openers, on October 23, at the iconic Melbourne Cricket Ground (MCG), Melbourne. After Men in Green defeated Virat Kohli-led India in the 2021 T20 WC, in Dubai, Akhtar feels Babar & Co. will be able to make it two World Cup wins in a row over their arch-rivals.

"We will beat India again in Melbourne. Pakistan is a better side than India in T20 cricket. It's the Indian media that make unnecessary pressure on their team whenever we have the clash of both countries in cricket, it's normal for India to lose," Akhtar told news agency ANI.

During the 2021 T20 WC, Babar-led Pakistan hammered India by 10 wickets to win their first-ever game versus their neighbours in World Cup history. Opting to bowl first, Shaheen Afridi's three-fer had restricted India to 151-7. In reply, fifties from both Babar and Md Rizwan ensured a massive win for Team Pakistan.

ALSO READ | Rahul Dravid has a big task ahead, has to prove he is not an overrated coach: Shoaib Akhtar