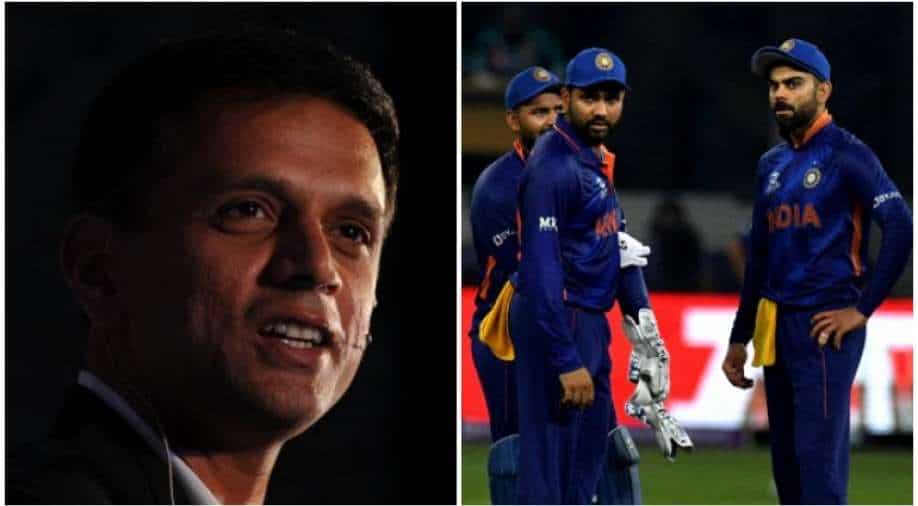 Team India, who endured a disappointing run in the 2021 T20 WC, will begin their campaign versus Babar Azam-led Pakistan. The match will be played at the iconic Melbourne Cricket Ground, MCG on October 23. Here's the full schedule:

The International Cricket Council (ICC), on Friday (January 21), revealed the full schedule for this year's Men's T20 World Cup, to be held in Australia. The defending champions and hosts Aaron Finch-led Australia will kick off the Super 12 round by locking horns with the last edition's runners-up Kane Williamson's New Zealand, at the Sydney Cricket Ground, SCG.

Team India, who endured a disappointing run in the 2021 T20 WC, will begin their campaign versus Babar Azam-led Pakistan. The Men in Green will also play their first game versus their arch-rivals, at the iconic Melbourne Cricket Ground, MCG on October 23.

The likes of Australia, New Zealand, England, Afghanistan and in Pool 1 whereas India, Pakistan, Bangladesh and South Africa are placed in Pool 2. Two teams each will join both the groups from the qualifiers, which was also the case in the 2021 edition.

The qualifying round (comprising eight teams) will begin on October 16 whereas the main draw of the showpiece event is set to start on October 22. For the unversed, one-time winners Sri Lanka and two-time champions West Indies will play the qualifiers as the top four sides will join the main draw (two each in both groups).

Here's the full schedule of the T20 World Cup set to be held Down Under: 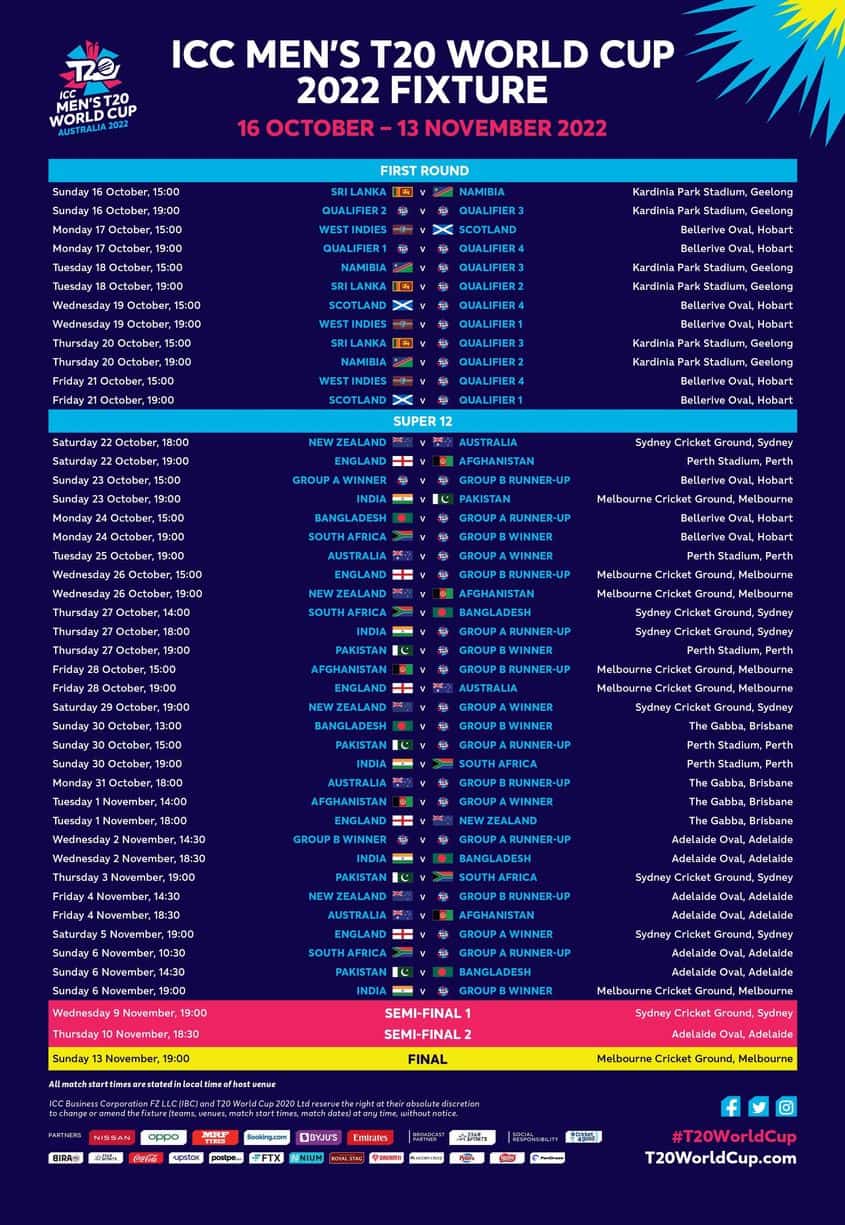 On the other hand, the Indian cricket fans can also save the dates for the Men in Blue's Super 12 face-offs: 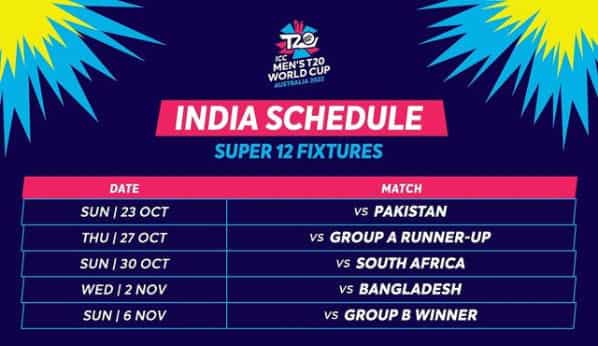 The two semi-finals will be held on November 9 and 10, to be held at the SCG and Adelaide Oval, Adelaide, respectively. The final will take place on November 13 at the MCG.

Rohit Sharma-led India will be eager to make it to the top four after a disappointing run in the last edition, where Virat Kohli & Co. failed to enter the knockouts. Rohit-Rahul Dravid-led Indian team will also be eager to break their ICC-title drought, having last won a major tournament in 2013. In addition, India have not tasted success in the T20 WC following their memorable triumph in the inaugural edition, held in South Africa.