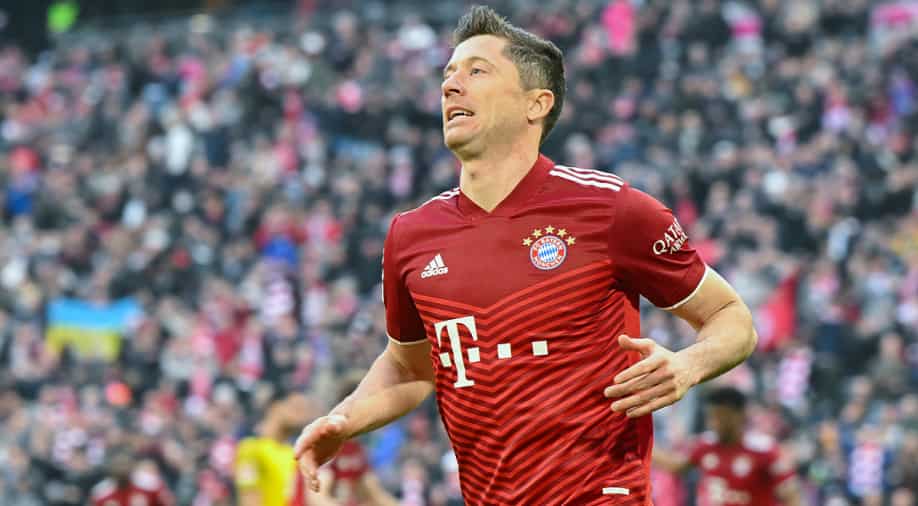 Robert Lewandowski's move to FC Barcelona is in doubt after Bayern Munich increased the asking price for the prolific Polish striker despite his clear intentions to leave the German club this summer.

Robert Lewandowski will go down as one of the greatest ever to have played for Bayern Munich but has already made up his mind to leave the German club this summer. Lewandowski has enjoyed a stunning spell at the Bundesliga club since joining them in 2014 and has been a consistent performer for them, scoring goals for fun one season after another. However, he intends to leave the club this summer in order to embark on a fresh challenge in his career.

Lewandowski reportedly prefers a move to FC Barcelona and has even publically confirmed he wants to leave Bayern Munich this summer. However, Bayern are in no mood to let go of their star striker easily and have now increased their asking price for the Polish forward.

As per a report in Sky Sports, Bayern Munich want a sum of 60 million euros (around USD 63.3 million) to let Lewandowski leave the club this summer. Bayern's tough stance on Lewandowski comes despite the player asking for a move away with only one year left on his current contract with the Bundesliga champions.

Barcelona had reportedly made an offer of around 40 million Euros (around USD 42 million) to Bayern Munich earlier this week but it was turned down by the German club, who are now holding out for a big fee for the Polish striker. Lewandowski has also reportedly confirmed his intention to Bayern that he doesn't want to extend his contract beyond the 2022-23 season.

However, despite the player's strong desire to secure a transfer, Bayern Munich are making all possible efforts to keep him at the club by increasing their demands significantly. Since joining Bayern Munich in 2014, Lewandowski has scored 344 goals for the club across all competitions and played an instrumental role in helping them win the Champions League in 2019-20.

Also Read: 'What kind of player will come to Bayern then?': Lewandowski warns Bundesliga giants not to block his transfer

He has also been one of the best strikers in club football over the last few years and has been integral to Bayern's success. He has won eight Bundesliga titles, three German Cups and one Champions League title with Bayern Munich so far and has also been the club's top-scorer for the last five seasons in a row.