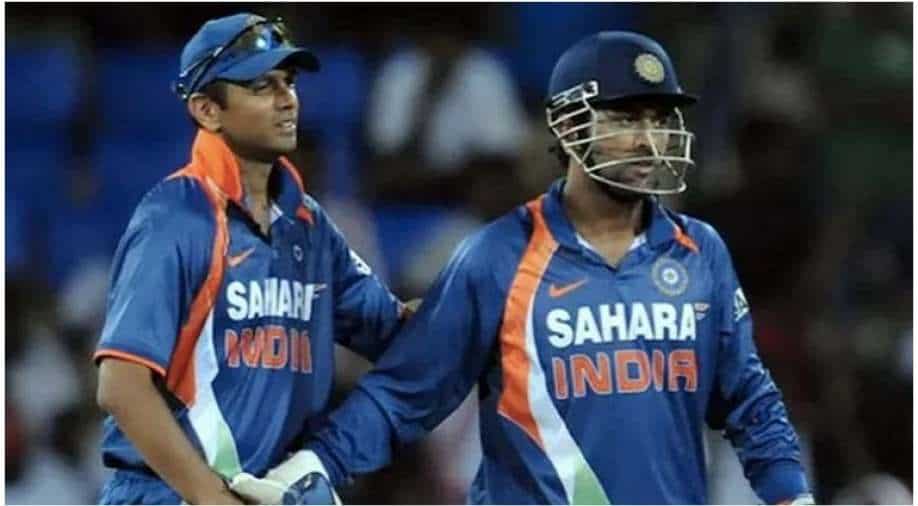 MS Dhoni is regarded as one of the greatest finishers of all-time. Virender Sehwag revealed an incident when Team India head coach Rahul Dravid scolded Dhoni, which transformed the latter completely.

MS Dhoni is regarded as one of the finest cricketers to have graced the gentlemen's game. Dhoni came into the scene in late 2004 and retired from international cricket on August 15, 2020. During his stint at the international level, Dhoni established himself in varied roles.

Dhoni broke into the scene and became a household name for his hitting prowess. Soon, he transformed himself into a mature finisher, able wicketkeeper, Captain Cool, handy Test batsman, etc. While he donned many roles, it took sometime for him to hone his skills in the many responsibilities he had undertaken.

Dhoni is regarded as one of the greatest finishers of all-time. However, there was a time when he was scolded by Team India's head coach Rahul Dravid for not finishing a game and getting out. Former Indian opener Virender Sehwag shared the unheard incident recently.

Sehwag told India TV, "He was given the finisher’s role under Dravid, who once scolded him for getting out after playing a bad shot. I think that incident changed him. So around 2006-07, he transformed and started taking responsibility of finishing matches. He (Dhoni) formed an unbelievable partnership with Yuvraj when we registered that record of 16 successive chases (during Dravid's captaincy era)."

Further, Sehwag also credited Sourav Ganguly for the sacrifice he made to ensure Dhoni flourished as a cricketer. "Those days (2005) we were experimenting with pinch-hitters. Dada (Ganguly) had planned that Dhoni would get 3-4 chances at No. 3. If it works then fine, otherwise they would try someone else. Very few captains do it. He first sacrificed his (opening) spot for me and then he gave his slot to Dhoni. If Dada had not done that, Dhoni might not have become such a big player."

Dhoni was seen in the Team India dugout as the mentor during their forgettable T20 World Cup 2021 campaign, in the UAE. He is now gearing up for the IPL 2022 edition, where he will lead Chennai Super Kings (CSK) after taking them to their fourth title in IPL 14. Meanwhile, Dravid has taken over as India's full-time coach till 2023 ODI World Cup.