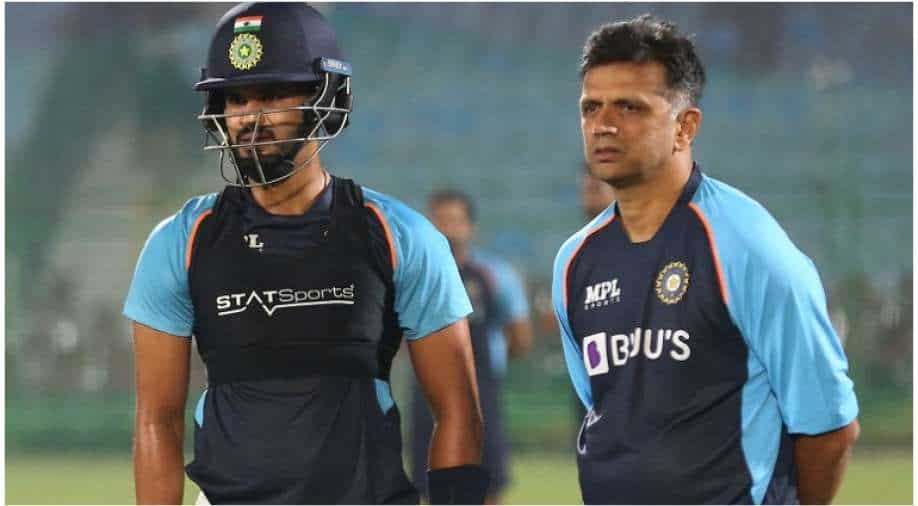 Rahul Dravid took over as India's head coach from Ravi Shastri after the end of the T20 World Cup. Under Shastri, India enjoyed considerable success across formats and became a daunting force while playing overseas Tests. However, the national side couldn't win an ICC title and, hence, Dravid will like to end India's ICC-title drought during his tenure.

In his first-ever series as India's full-time coach, Dravid guided Rohit Sharma & Co. to a T20I series whitewash of New Zealand at home. The Indian team is now involved in a two-match Test series versus the Black Caps and will like to continue their dominant run under new coach.

Recently, speaking at Dravid's appointment as Team India's head coach, former World Cup-winning captain Kapil Dev said at the Royal Calcutta Golf Course in Kolkata, "He's a good man, a good cricketer. He will do a better job as a coach than as a cricketer because in cricket nobody has done better than him. I'm just keeping my fingers crossed," He added. "You can't just judge one after his debut, you don't go by one performance. Over a period of time, what Rahul will do, we will come to know. You only think positive."

ALSO READ | 'He is not bowling so can we call him all-rounder?' - Kapil Dev opines on Team India star Hardik Pandya

Dravid, who amassed 13,288 and 10,889 runs in Test cricket and ODIs respectively, has donned several roles in Indian cricket since his international debut in 1996. From being a middle-order batsman, finisher, part-time keeper, vice-captain, captain, U-19 and India A coach, NCA head, The Wall will now look to excel in his new role as the national side's coach and take Indian cricket to greater heights.