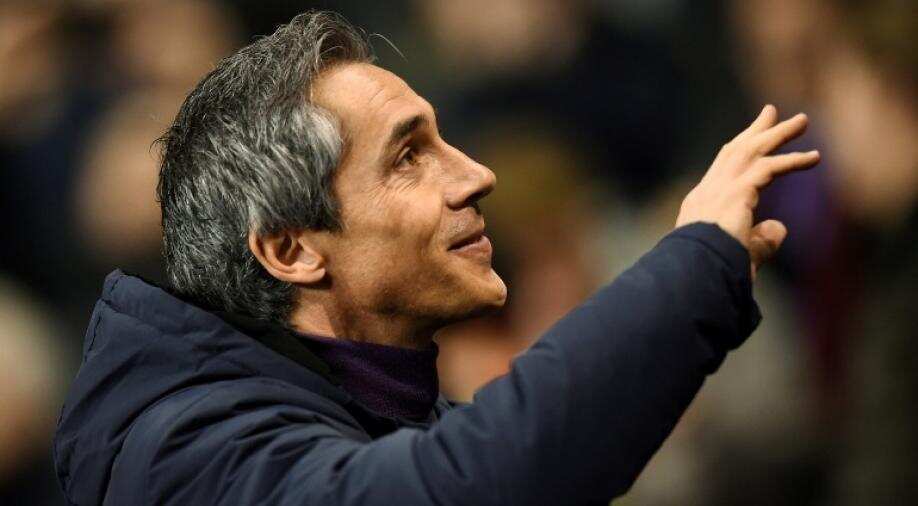 The former Fiorentina coach, who took over from Fabio Cannavaro last November, had been replaced on an interim basis by Shen Xiangfu.

Paulo Sousa has departed from his role as head coach of Tianjin Quanjian, the struggling Chinese Super League club announced on Thursday.

The former Fiorentina coach, who took over from Fabio Cannavaro last November, had been replaced on an interim basis by Shen Xiangfu with the club under threat of being drawn into a relegation battle with six games remaining.

Tianjin finished third last year in their first campaign in the Chinese top flight after Cannavaro won the second division title in 2016, but they are currently 13th in the 16-team standings.

The club qualified for the Asian Champions League for the first time but have struggled to juggle their commitments in both domestic and continental competition.

Tianjin lost in the quarter-finals of the ACL last month to Japan's Kashima Antlers and have also slid down the Chinese table, with a 3-0 loss against Chongqing Lifan on Sunday their fourth domestic game in a row without a win.

Tianjin, who travel to third-placed Shandong Luneng on Friday, are five points ahead of 15th placed Henan Jianye, with the bottom two clubs relegated at the end of the season.