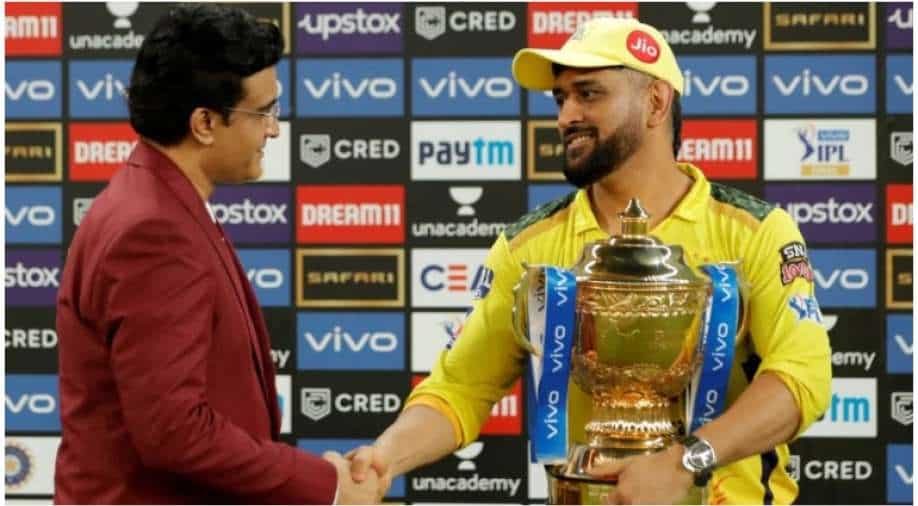 IPL tops list of most-searched topics in India in 2021. Photo | BCCI Photograph:( Others )

Talking about the IPL, this year's edition was the first-ever to have taken place in two halves. Hence, it generated a lot of noise.

Google has recently released its year-end list about the most-searched topics in India in 2021. The IPL has emerged as the most searched topic whereas three other mega sporting events also made it to the top five.

Here's the top-five most-searched topics in India in the calendar year:

Talking about the IPL, this year's edition was the first-ever to have taken place in two halves. Hence, it generated a lot of noise. The first edition took place in India when the second wave of COVID-19 led to its indefinite postponement in early May. The second and final leg, on the other hand, ended in the UAE in mid-October with the MS Dhoni-led Chennai Super Kings (CSK) winning their fourth title.

CoWIN was the second most searched topic. It doesn't come as a huge surprise given how the countrymen were constantly monitoring the official website to book their Covid vaccination slots.

The other three in the top five are T20 World Cup, Euro 2020 and the Tokyo 2020 Games. As it has been a year filled with big-ticket sporting events, it isn't surprising that the three mega events were also one of the most-searched topics in India in 2021. Interestingly, all the three events were postponed in 2020 due to the spread of the Covid-19 virus.

Talking about the T20 WC, Australia won the championship for the first-time ever whereas Italy won Euro 2020. The Indian contingent, meanwhile, had a glorious run in the Tokyo 2020 as they returned with as many as seven medals. Being India's most successful appearance in an Olympic event, the countrymen searched a lot about the tournament and made it enter the top 5 in Google's year-end list.