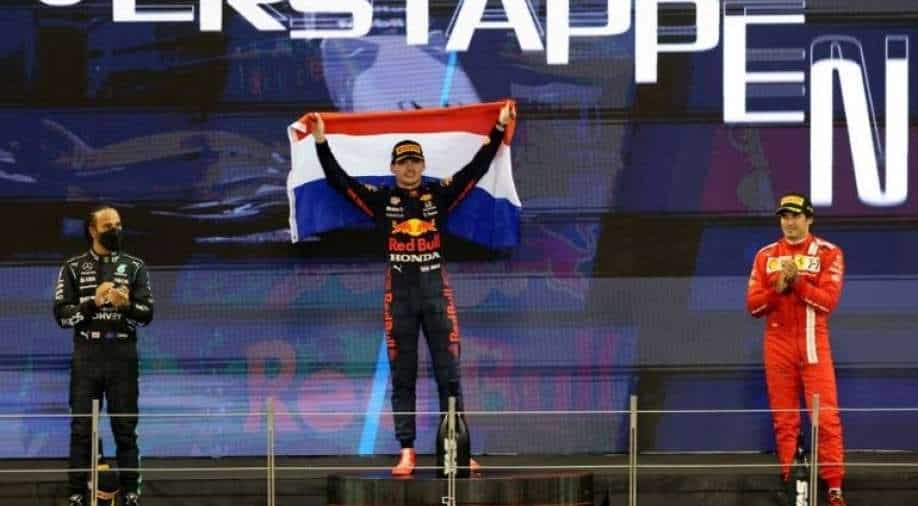 Mercedes had protested "against the classification established at the end of the competition", arguing there was a breach of article 48.12.

Red Bull's Verstappen overtook the British driver on the last lap on Sunday to clinch his first drivers' title and deny his rival a record eighth crown.

The deployment of the safety car after a late crash at the Yas Marina Circuit had wiped out Hamilton's seemingly unassailable lead and Verstappen had the advantage as he was using fresher tyres.

The furious Mercedes team had an immediate double appeal dismissed by the stewards, then lodged an intention to appeal against that decision, which they were required to trigger by Thursday evening.

But Mercedes issued a lengthy statement announcing they were drawing a line under the issue.

The team said they had made the decision following "constructive dialogue" with governing body FIA over establishing clarity for future racing scenarios.

"We welcome the decision by the FIA to install a commission to thoroughly analyse what happened in Abu Dhabi and to improve the robustness of rules, governance and decision-making in Formula 1," Mercedes said in a statement.

"We also welcome that they have invited the teams and drivers to take part.

"The Mercedes-AMG Petronas team will actively work with this commission to build a better Formula 1 -- for every team and every fan who loves this sport as much as we do. We will hold the FIA accountable for this process and we hereby withdraw our appeal."

Mercedes, who won the constructors' title, said they had initially appealed against the result in the interests of "sporting fairness".

The team also offered congratulations to Verstappen and Red Bull, saying the F1 championship title fight had been "truly epic".

"Though this drivers' championship did not end the way we hoped, we could not be prouder of our team," the statement added.

"Lewis, you are the greatest racer in the history of Formula 1 and you drove your heart out for every lap of this incredible season. You're a flawless sportsman on and off the track and you delivered a faultless performance."