'Like a funeral': Arsene Wenger opens up on Arsenal exit in new documentary 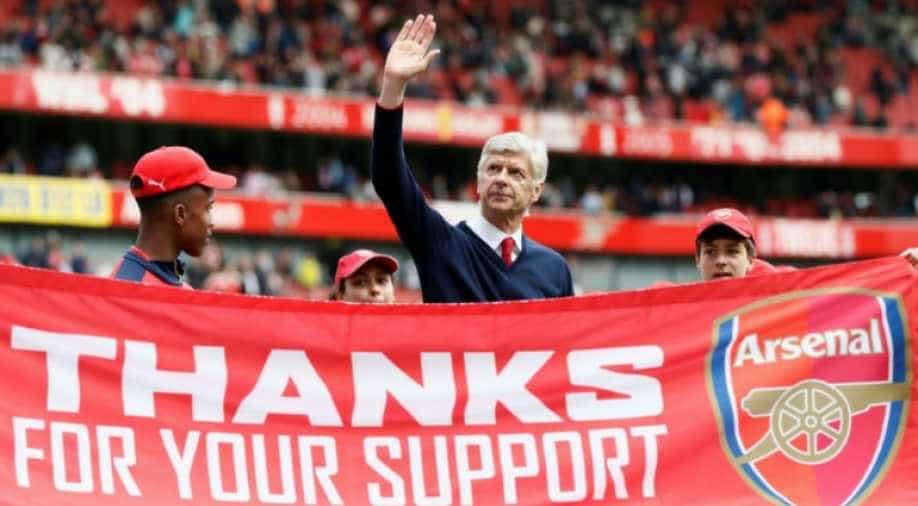 In the trailer, former Gunners star Dennis Bergkamp reacted on Wenger's exit as he said, 'It would have been easier if he had made the decision'

Arsene Wenger opened up on his controversial Arsenal exit, comparing it even to a "funeral" in a new documentary 'Arsène Wenger: Invincible', which is scheduled to release on November 11.

Wenger is considered as one of the most successful managers in Premier League history, however, the final years of his managerial career at Arsenal were marred by protests by fans after some disappointing seasons.

The Frenchman left Arsenal in May 2018 after nearly 22 years in the job, where he guided the team to win three Premier League trophies and seven FA Cups. He was awarded Premier League Manager of the Year in 1998, 2002 and 2004.

"You realise that the end of something is like a funeral," said the Frenchman, while speaking ahead of the launch of his new documentary.

In the trailer, former Gunners star Dennis Bergkamp reacted on Wenger's exit as he said, "It would have been easier if he had made the decision."

The official site of Arsenal mentions that the documentary 'Arsène Wenger: Invincible' features Wenger, where he will reflect on his achievements, particularly the club's 'Invincible' season, which remains the only occasion a team has gone a full Premier League season unbeaten.

Wenger also reflects on the personal torment he endured later in his Arsenal career and his earlier personal life. The documentary has been shot on location in England, France and Arsène’s home village of Duttlenheim. The documentary is believed to be a compelling, intimate insight into a football figure like no other.