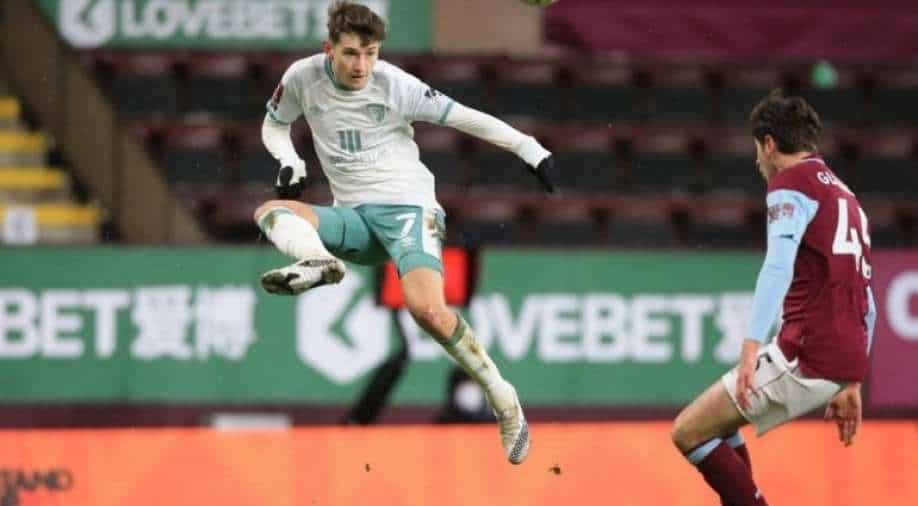 AFC Bournemouth midfielder David Brooks confirmed that he has been diagnosed with Hodgkin Lymphoma, a cancer of part of the immune system.

AFC Bournemouth on Wednesday confirmed that midfielder David Brooks has been diagnosed with Hodgkin Lymphoma.

He left international duty with Wales last week and after medical examination, it has been confirmed that he has Stage II Hodgkin Lymphoma.

As a result of this, David will undergo treatment next week after an initial positive prognosis."This is a very difficult message for me to write. I have been diagnosed with Stage II Hodgkin Lymphoma and will begin a course of treatment next week.

Although this has come as a shock to myself and my family, the prognosis is a positive one and I am confident that I will make a full recovery and be back playing as soon as possible," said David in an official statement.

"I`d like to show my appreciation to the doctors, nurses, consultants and staff who have been treating me for their professionalism, warmth and understanding during this period. I want to thank everyone at the Football Association of Wales because without the swift attention of their medical team we may not have detected the illness," he added.

Chief executive Neill Blake added: "Everyone at AFC Bournemouth will do everything possible to help support David and his family during his recovery."

We can confirm that midfielder David Brooks has been diagnosed with Hodgkin Lymphoma.

We’re all behind you, Brooksy ❤️#afcb 🍒

"We`re not putting any timescales on his return; we will give David all the time he needs to get well and will do everything that we possibly can to help with that," he added.