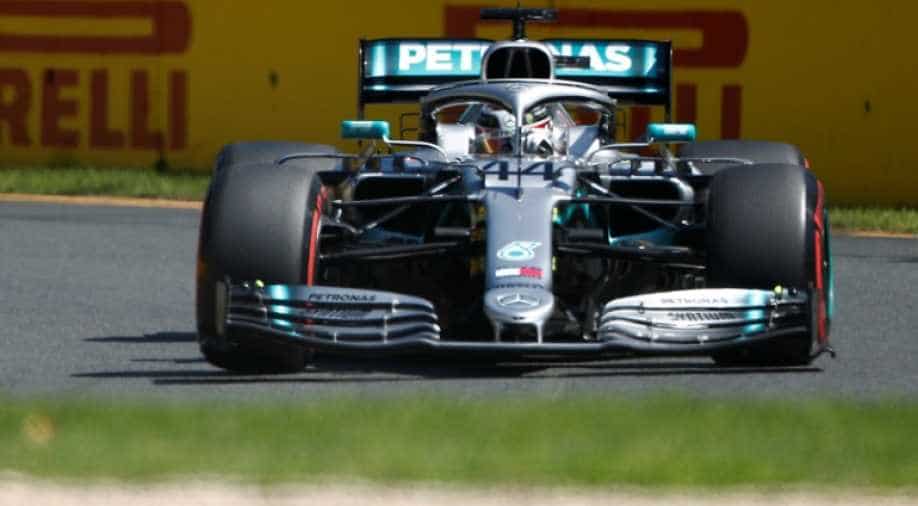 After pipping Ferrari's Sebastian Vettel with a lap of one minute 23.599 seconds in first practice, the Briton shaved almost a second off that time in the second session, his quickest lap timed at 1:22.60.

Five-times champion Lewis Hamilton dominated Friday practice at the season-opening Australian Grand Prix, topping the timesheets for Mercedes in both sessions to deliver an ominous warning to his Formula One title rivals.

After pipping Ferrari's Sebastian Vettel with a lap of one minute 23.599 seconds in first practice, the Briton shaved almost a second off that time in the second session, his quickest lap timed at 1:22.60.

His Mercedes teammate Valtteri Bottas was 0.048 seconds off the time of Hamilton, who had a yawning 0.800 seconds gap to Max Verstappen in third, with Red Bull's other driver, Pierre Gasly, a further 0.042 seconds behind in fourth.

Vettel was fifth fastest after taking a skid into the grass and complaining of a reliability problem, while new teammate Charles Leclerc posted the ninth fastest time after he too spun into the grass in the dying minutes of the session.

It was a more encouraging session for Kimi Raikkonen and Alfa Romeo, the team formerly known as Sauber. The Finnish former world champion was sixth fastest in the second session, giving them hope of being the best of the midfield racers.

Raikkonen was quicker than both Renaults, with Nico Hulkenberg and home hope Daniel Ricciardo seventh and eighth.

Ricciardo, who switched from Red Bull last season, improved after an underwhelming start, clocking only the 17th fastest lap in the opening session earlier on Friday.

British-born Thai debutant Alexander Albon had a tough day, crashing his Toro Rosso to lose his front wing and causing a brief halt in the first session before spinning off track several times in the second.

Williams appear set for another season of toil as their Polish driver Robert Kubica, returning to Formula One after an absence of more than eight years, was 20th in second practice, one place behind rookie teammate George Russell.