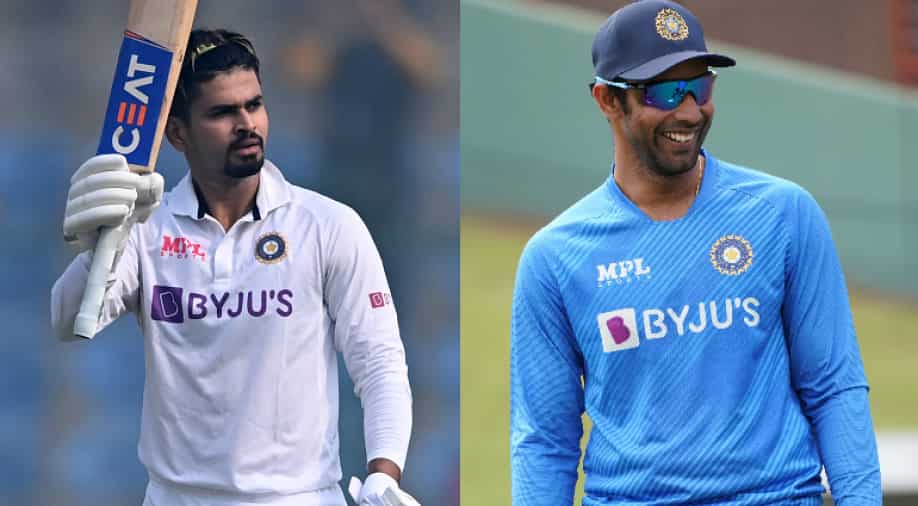 Shreyas Iyer and Hanuma Vihari both missed out on a spot in the playing XI in 1st Test . | Photo - AFP/BCCI | Photograph:( Others )

Former India cricketers Ajit Agarkar and Aakash Chopra have questioned the selection of out-of-form batter Ajinkya Rahane's selection over the likes of Shreyas Iyer and Hanuma Vihari in the playing XI for the first Test against South Africa.

Many were left surprised as India decided to name struggling senior batter Ajinkya Rahane in the playing XI for the first Test against South Africa that got underway at the SuperSport Park in Centurion on Sunday (December 26). It was not an easy call from the team management as Rahane has been undergoing a lean patch in the longest format for quite a while now.

India went with a total of five bowlers in the first Test as Shardul Thakur was picked as an all-rounder along with R Ashwin, Jasprit Bumrah, Mohammed Siraj and Mohammed Shami. Five bowlers meant, India had to do away with an extra batter in the playing XI as Shreyas Iyer and Hanuma Vihari both failed to make the cut for the series-opener.

Former Indian cricketers Aakash Chopra and Ajit Agarkar both were left unhappy with Rahane's selection over Iyer and Vihari as they questioned his spot in the playing XI. Chopra said it could be the last throw of dice from the Indian team management, hoping that Rahane could deliver and spark a turnaround for himself.

"Shreyas Iyer doesn't find a place in the spot and you've gone with Rahane, I think so it's the last throw of dice, hoping that it comes alright. If it doesn't, I think this is going to be a huge Test match for him," Chopra said on Star Sports.

Chopra also questioned India's decision to select five bowlers in the playing XI for the first Test, stating that South Africa's batting line-up isn't too strong at present and has not been setting the world on fire. Chopra said four bowlers would have been enough for India considering there is help for fast bowlers on the greenish track in Centurion.

“We have gone with five bowlers, personally I thought four were enough. I think if there is help in the surface for the faster bowlers, look at the opposition their batting is really not setting the world on fire four should be enough between three fast bowlers and Ashwin," said Chopra.

Also Read: 'Horrendous to leave him out': Fans react as Hanuma Vihari excluded from playing XI for 1st Test vs SA

Agarkar also agreed with Chopra's views on India's playing XI and said Rahane should not have been picked over the likes of Iyer and Vihari. While Iyer recently made a fantastic debut in the two-match Test series against New Zealand at home, Vihari slammed three half-centuries for India A on their tour of South Africa.

"Rahane did miss the last Test India played in Mumbai due to a niggle so you can say he's back in because he is an experienced campaigner, has done well before in these conditions. But I'm with Aakash, I would have either picked Vihari or Shreyas Iyer," said Agarkar.