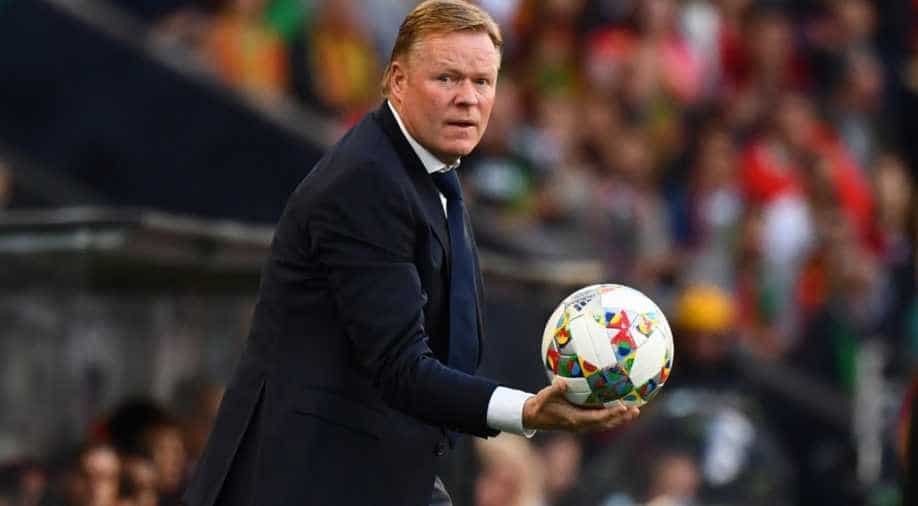 Barcelona’s 1-1 draw against Alaves on Saturday has left Ronald Koeman scratching his head as the former Dutch international cursed his side’s profligacy after dropping points for the fourth game in a row in La Liga 2020-21.

Barcelona’s 1-1 draw against Alaves on Saturday has left Ronald Koeman scratching his head as the former Dutch international cursed his side’s profligacy after dropping points for the fourth game in a row in La Liga 2020-21.

Alaves goalkeeper Fernando Pachecho was at his best as he almost stopped everything despite Barcelona firing a staggering 25 shots. It was only Antoine Griezmann who could breach the goal line once after Jota was sent off for the hosts.

Barcelona trailed in the first-half after Luis Rioja capitalized on a glaring error by Neto after a mix-up with defender Gerard Pique.

“I’m worried about our performance in attack. We don’t have a problem with our attitude or concentration, we just need to be more efficient in front of goal,” Koeman told reporters.

“We also gifted a goal to Alaves, but when you create so many chances you can’t afford to miss them. If you create that many chances and only score once, it’s not good.”

The surprise draw against Alaves came after Barcelona lost 3-1 to Real Madrid in El Clasico and were defeated by Getafe. Currently, they are 12th in the La Liga standings with just eight points in six matches.

“I’m surprised I’m being criticised for the image I gave on the touchline. I think we did everything we could from the dugout and on the pitch,” he said.

“In the last 10 minutes, we played as we needed to play. If you criticise me for how I appear on the touchline, then we might as well give up.”

The Dutchman added: “Of course I’m worried that we’ve only got two points from the last 12. I think overall we played ok, I’d be more worried if we weren’t creating chances.

“But we need to do better in front of goal, with the final pass, the final shot. We cannot afford to squander so many chances, we missed too many.”