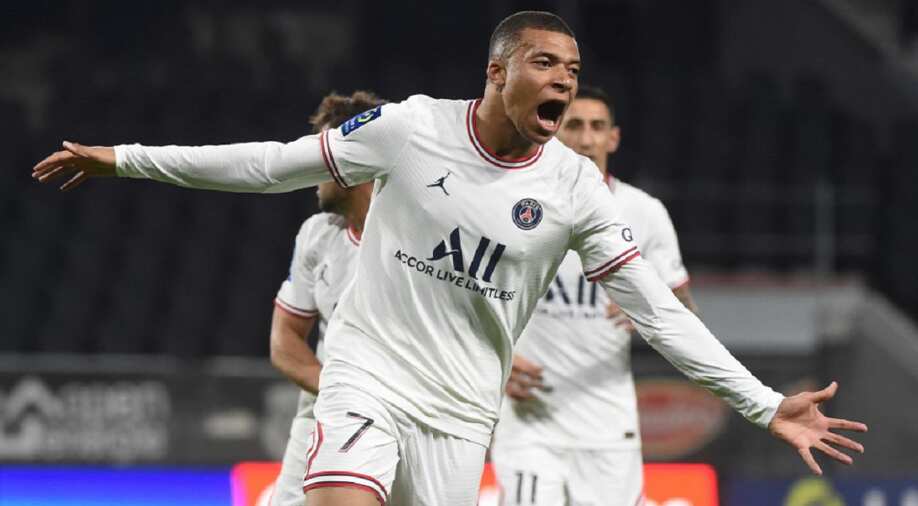 Kylian Mbappe's mother has claimed he has agreement with both Real Madrid and PSG. Photograph:( Others )

Kylian Mbappe's mother has claimed he has an agreement in place with both Real Madrid and Manchester City as the biggest transfer saga of the season continues.

The biggest transfer saga of the season continues to intensify with each passing day as Kylian Mbappe is yet to take a decision on the next step in his career. One of the best young talents in the world at present, Mabppe has already proven himself on the big stage, including the World Cup and has been touted by many to become one of the greats of the game.

Mbappe has been at the centre of a never-ending transfer saga involving Real Madrid and his current club PSG. While Real Madrid have already seen their attempts to lure the French striker to Santiago Bernabeu go in vain, they appear the favourites to sign Mbappe this summer. However, PSG are trying everything to ensure Mbappe stays in Paris.

Reports had emerged last week that Mbappe has agreed terms with Real Madrid and is set to join the Spanish giants ahead of the new season. However, the French star's mother has now revealed he has an agreement with not only Real Madrid but also PSG and is yet to make the final decision.

Fayza Al-Amari, Mbappe's mother and his agent has revealed both clubs have tabled almost similar offers for Mbappe and it is the player's choice now whether he wants to stay at PSG or move to Real Madrid. "We will not have new meetings to discuss Mbappe's future, these meetings are now over," Mbappe's mother told Kora Plus, as quoted by GOAL.

"Now we have found an agreement with both Real Madrid and PSG and the discussions are over because it is Kylian who has to choose now. The two offers are similar, there are no big differences, now we are waiting for Kylian's choice.

"The Real Madrid offer in which we have complete control over image rights, and on the other hand, there is a financial compensation that compensates for this. The two offers do not differ greatly between them," she added.

Mbappe has not finalised his next move yet but the striker reportedly can announce his decision by the end of this month with PSG taking on Metz in their final Ligue 1 game of the season on Sunday. The highly-rated striker was once again among the goals for PSG this season with total 36 goals in 45 games across competitions.

Real Madrid are desperately searching for a striker despite Karim Benzema's red hot form and have their eyes set on Mbappe for quite some time now. It remains to be seen what the French striker will decide as with lucrative offers on the table from both the clubs.