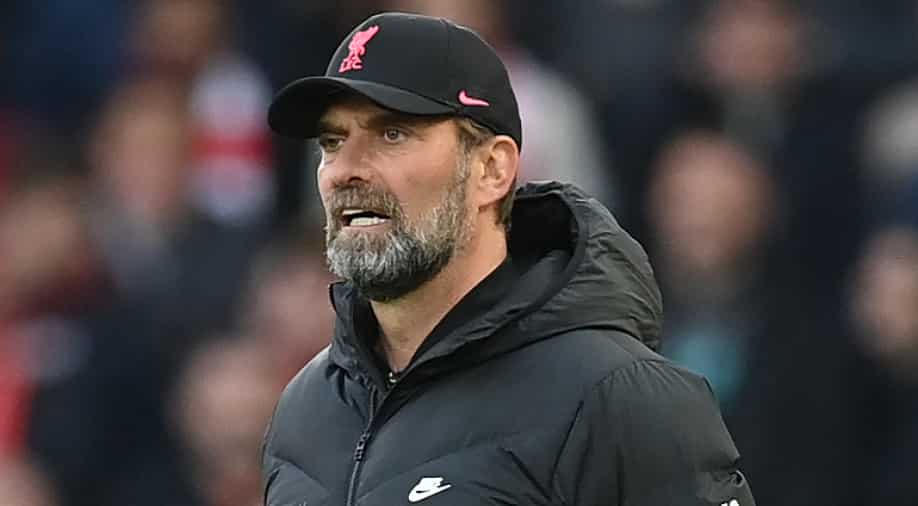 Liverpool, who have already won the domestic cup double, must beat Wolves at home on Sunday and hope leaders Manchester City falter against Aston Villa to secure the league title.

Liverpool may have a historic quadruple in their sights, but manager Juergen Klopp insisted that pressure is not a factor as his side prepare to face Wolverhampton Wanderers on the final day of the Premier League season.

Liverpool, who have already won the domestic cup double, must beat Wolves at home on Sunday and hope leaders Manchester City falter against Aston Villa to secure the league title.

"I cannot talk about pressure for the other team, but for us there is no pressure," said Klopp, whose team will also contest the Champions League final against Real Madrid in a week`s time.

"We know that we have to win the football game but we`ve had that now for a while. It`s not about `what if`. We don`t have that... For us, it is pretty positive, it`s so special. And if you have something to lose it feels different, but we don`t have that."

Liverpool were beaten to the title by City on the last day of the 2018-19 season. Klopp said they would continue to make life difficult for Pep Guardiola`s side even in the case of a repeat on Sunday.

"The biggest defeats in my life have led to the biggest successes in my life, wherever I was," added the German.

"Whatever happens on Sunday, we will not stop. We will not stop trying. Yes, we have the best opponent in world football, which is a bit of a shame, but they have us in their neck, which is not too cool as well. So let`s see."

City are chasing a fourth league title in five years, while Liverpool are looking for their second since the 2019-20 season.