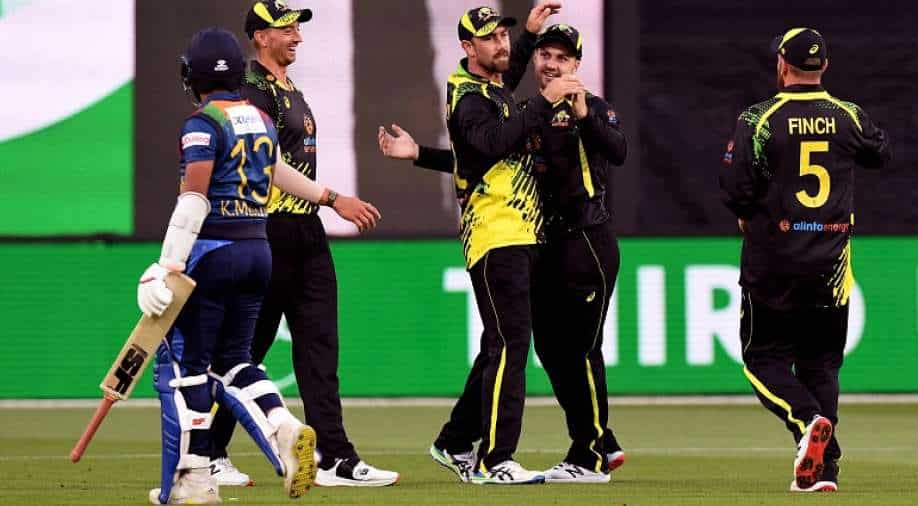 Australia outclassed Sri Lanka by six wickets in the fourth T20I of the five-match series here at the Melbourne Cricket Ground on Friday.

Jhye Richardson's two-wicket haul was backed up by Josh Inglis' 40-run knock as Australia outclassed Sri Lanka by six wickets in the fourth T20I of the five-match series here at the Melbourne Cricket Ground on Friday.

With this win, Australia has gained a 4-0 lead in the five-match series and the final T20I will now be played on Sunday.

Chasing 140, Australia did not get off to an ideal start as the hosts lost opening batter Ben McDermott (9) in the fifth over to Maheesh Theekshana.

Soon after, Lahiru Kumara dismissed Australia skipper Aaron Finch (2) and Ashton Agar (26), and the hosts were reduced to 49/3 in the ninth over.

Josh Inglis and Glenn Maxwell then got together at the crease and the duo revived Australia's innings. After 12 overs, Australia's score read 86/3, with the hosts still needing 54 runs for the win.

Inglis departed after playing a 40-run knock but Maxwell (48*) and Marcus Stoinis (8*) ensured that the hosts get over the line with 11 balls to spare.

Earlier, Pathum Nissanka and Charith Asalanka played knocks of 46 and 22 respectively as Sri Lanka posted 139/8 in the allotted twenty overs. For Australia, Kane Richardson and Jhye Richardson returned with two wickets each.

ALSO READ: INDvsWI: When and where to watch India vs West Indies 2nd T20I - IST time and streaming details

Kusal Mendis and Danushka Gunathilaka also chipped in with handy cameos of 27 and 17 as Sri Lanka posted a score of more than the 130-run mark.