'It's a miracle that we're here': Ukraine team arrives safely in Beijing ahead of Winter Paralympics 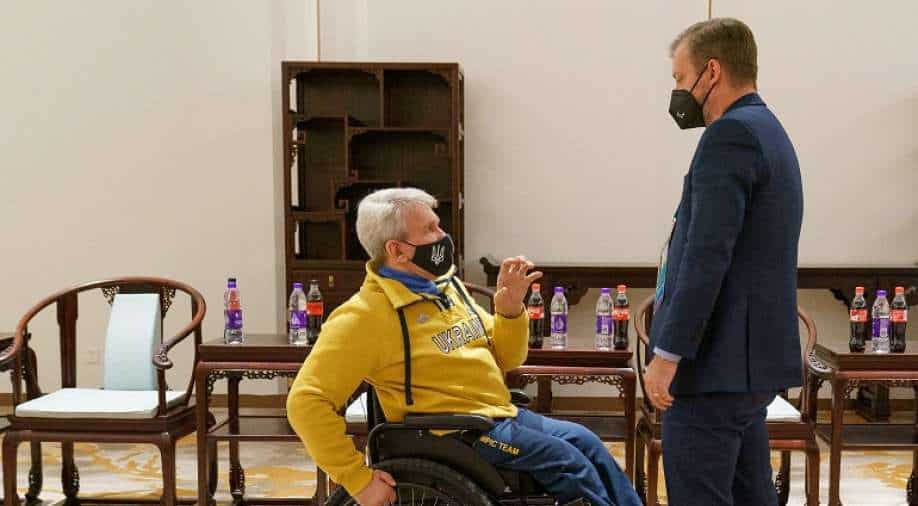 Having braved bombs and gunfire, Ukraine's athletes have made it safely to Beijing ahead of the Winter Paralympics that begin on Friday, in what Ukrainian paralympic committee president Valeriy Sushkevych described as a miracle.

Ukraine has been under siege following an invasion by Russia, which prompted the International Paralympic Committee (IPC) on Thursday to ban Russian and Belarusian athletes from the Games after earlier allowing them to compete as neutrals.

Belarus has been a key staging area for the invasion.

"Not coming here would have been taking the easy option... Our presence at the Paralympics is not merely a presence, this is a sign that Ukraine is and will remain a country," Sushkevych told reporters on Thursday.

The enormous challenge to get to Beijing meant that Sushkevych, a member of Ukraine's parliament, had to sleep on the floor of a bus for two days, while other members of the delegation escaped missiles to get out of the country.

"More than four days and four nights we (took to) come here," he added.

"It is 25 years I am president of the national paralympic committee of the Ukraine. And never was it so difficult, so heavy to come to the Paralympic Games."

Ukraine have been a formidable presence at the Winter Games in the past, bagging 22 medals including seven golds in Pyeongchang four years ago.

The country's 20-strong contingent, accompanied by nine guides, will feature in the biathlon and cross-country skiing, with some athletes already hitting the slopes in Zhangjiakou ahead of the two events.

ALSO READ: No Russian Grand Prix in future as Formula One terminates contract in wake of Ukraine crisis

Asked whether the team would be able to go home at the end of the Games given the situation in Ukraine, Sushkevych said he wasn't sure.

"I don't know... going back home is not simple. I hope the international community takes a real step during the Paralympics to stop this war."