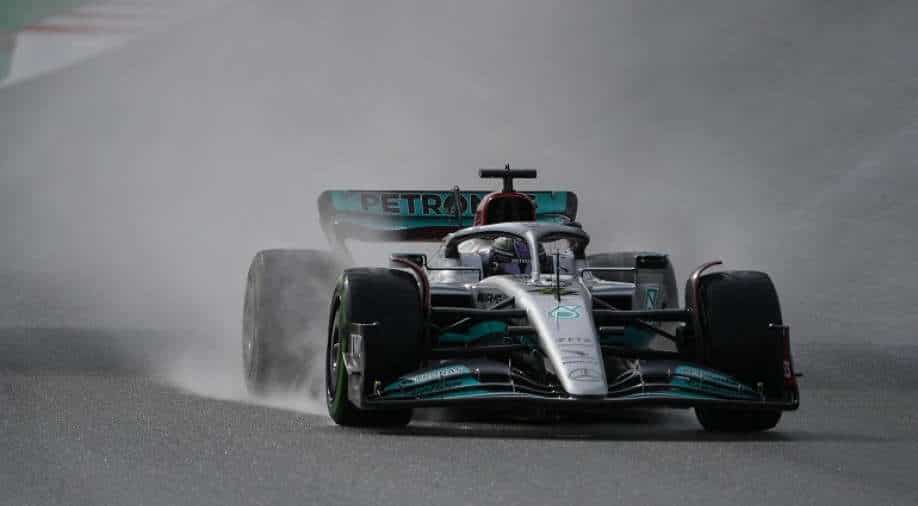 The Russian Grand Prix joined the calendar in 2014. Photograph:( AFP )

Formula One will no longer race in Russia after the sport terminated its contract with the promoter of the Russian Grand Prix, it said in a statement on Thursday.
The 2022 running of the event, set for September at the Olympic Park in Sochi, had already been cancelled last week after Russia's invasion of Ukraine.

Formula One will no longer race in Russia after the sport terminated its contract with the promoter of the Russian Grand Prix, it said on Thursday, in response to the country's invasion of neighbouring Ukraine.

The event, which was set to move to a new track outside St Petersburg next year from its current Sochi Olympic park venue, had a contract until 2025.

The sport announced the cancellation of the 2022 race, originally scheduled for Sept 25, last week.

"Formula One can confirm it has terminated its contract with the Russian Grand Prix promoter meaning Russia will not have a race in the future," a statement from the sport's commercial rights holder, which decides the calendar, said.

Formula One's move to effectively pull out of Russia comes after the sport's governing body, the FIA, on Tuesday condemned the country's invasion of Ukraine but said Russian and Belarusian drivers could still take part in its competitions in a neutral capacity.

British federation Motorsport UK on Wednesday banned Russian and Belarusian license holders from racing in the country regardless of the flag they compete under.

Nikita Mazepin is the only Russian on the Formula One grid.

The 22-year-old already faces an uncertain future after his U.S.-owned Haas team removed all branding related to Russian potash producer and title sponsor Uralkali from its car on the final day of last week's Barcelona test.

Uralkali is owned by Mazepin's father, oligarch Dmitry Mazepin, and the fate of the partnership and the Russian's continued presence at the team is set to be decided this week.

The Russian Grand Prix joined the calendar in 2014.

ALSO READ: You can do better: Serena Williams lashes out at top newspaper for confusing her with sister Venus

It has been attended by President Vladimir Putin in the past, with the Russian leader even handing out trophies on the podium.

The country calls its actions in Ukraine a "special operation."