IPL 2022 mega auction: Not RCB, MI! Dinesh Karthik reveals which franchise he will feel 'great to play for' 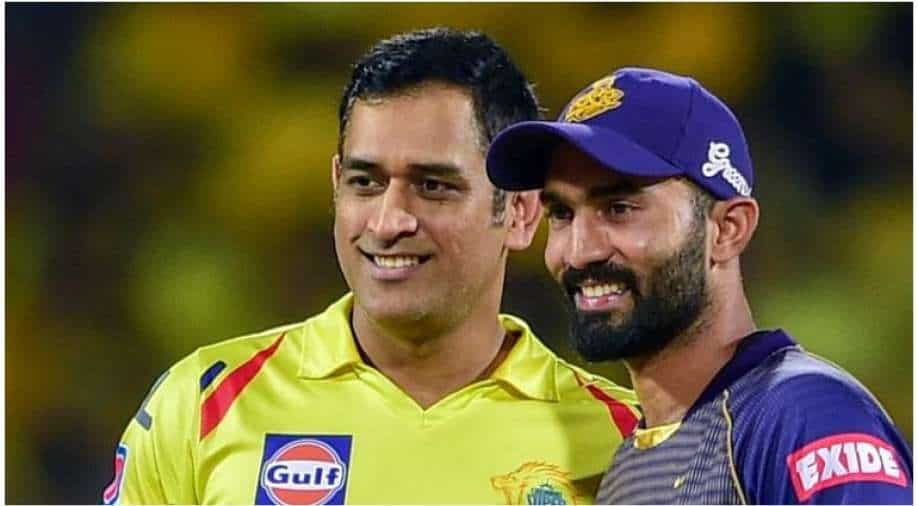 IPL 2022 mega auction: Ahead of the auction proceedings, Dinesh Karthik has revealed which franchise he will feel great to be a part of.

Dinesh Karthik's international career has been a topsy-turvy ride. While he has never been a regular in Team India setup for a long period, Karthik has always found ways to keep reinventing himself and stage a comeback in the national setup at regular intervals.

With the 2022 Men's T20 World Cup to be held later this year, the 36-year-old Karthik will be eager to make a strong claim for a return to the T20I side with consistent performances in the forthcoming IPL 2022 edition, to be held in India. Karthik is set to be under the hammer in the upcoming IPL 2022 mega auction, to be held on February 12 and 13 in Bengaluru, after the two-time winners Kolkata Knight Riders (KKR) didn't retain him last year.

Karthik, with 4,046 runs in 213 matches and 147 dismissals behind the stumps (second-most overall) in IPL, will once again be in demand among the franchises in the auction proceedings. Ahead of the auction, he revealed which franchise will he feel great to be a part of.

"It's very hard for me to answer this question because it will be a very cliched answer. I'll try and do everything that I can, not only to do well for the franchisee I play for but for myself also," Karthik said to PTI.

"Look, it's great if I can play for CSK. I'm from Chennai. But at the end of the day, what's important for me is whichever team that I get to play in, it will be an absolute honour because as I said, all this practice that I've been doing these days is to try and do well in a tournament like the IPL," the Tamil Nadu wicket-keeper further added.

Over the years, Karthik has represented the likes of Delhi Capitals (DC), Punjab Kings (PBKS), Mumbai Indians (MI), Royal Challengers Bangalore (RCB), Gujarat Lions (GL), and the KKR franchise. He won the IPL with MI in 2013. While he has never represented his home franchise, it will be interesting to see if the MS Dhoni-led team bid for him in the forthcoming auction.

Karthik has a base price of INR 20 million (Rs 2 crore) in the mega auction.