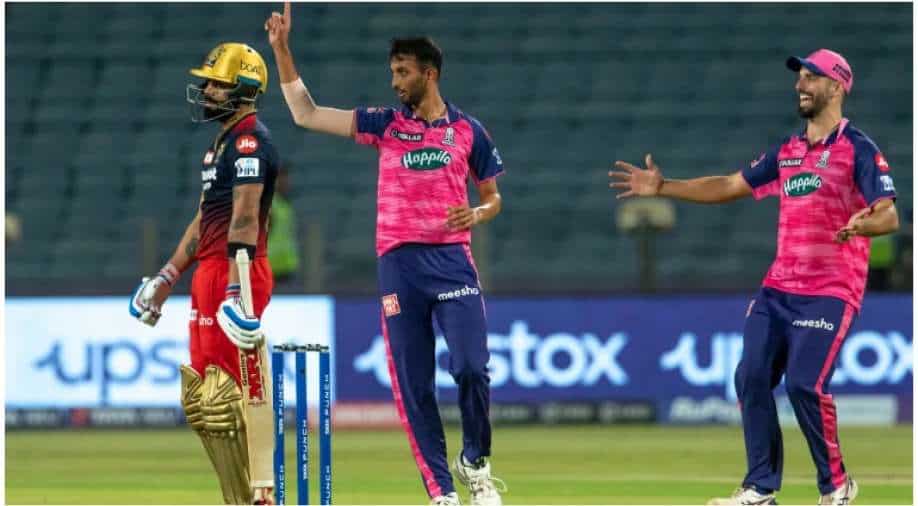 IPL 2022: Former India and RCB pacer RP Singh opined on Virat Kohli's struggles. He feels that RCB will look at resting the star batter if he flops for one or two matches.

Virat Kohli's form has been a huge concern for Royal Challengers Bangalore (RCB) in IPL 2022. In nine outings, the 33-year-old former RCB captain has amassed only 128 runs at a dismal average of 16. On Tuesday evening (April 26), when RCB locked horns with the Rajasthan Royals (RR), many felt Kohli would turn it around with a big knock.

While Kohli was involved in decision-making and was constantly talking with the bowlers during RR's innings, after they were asked to bat first in match 39 at the MCA Stadium, Pune, the veteran cricketer failed to live upto expectations with the bat. He came out to open the RCB innings along with skipper Faf du Plessis. However, he couldn't move past his barren run, returning with an unimpressive 10-ball 9.

On the other hand, former Indian head coach Ravi Shastri has openly advised Kohli to pull out of IPL 2022 in order to have some rest and return to scoring ways for Team India. His poor form is a cause of concern for Indian cricket team as well, with the T20 World Cup set to be held later this year in Australia. His last international ton came in late 2019, hence, time is running out for King Kohli.

Talking about RCB-RR clash, Faf du Plessis & Co. lost the game by 29 runs after failing to chase a moderate 145-run target set by Rajasthan. While RR are now the table toppers after this win, RCB is at the fifth position in the points table.