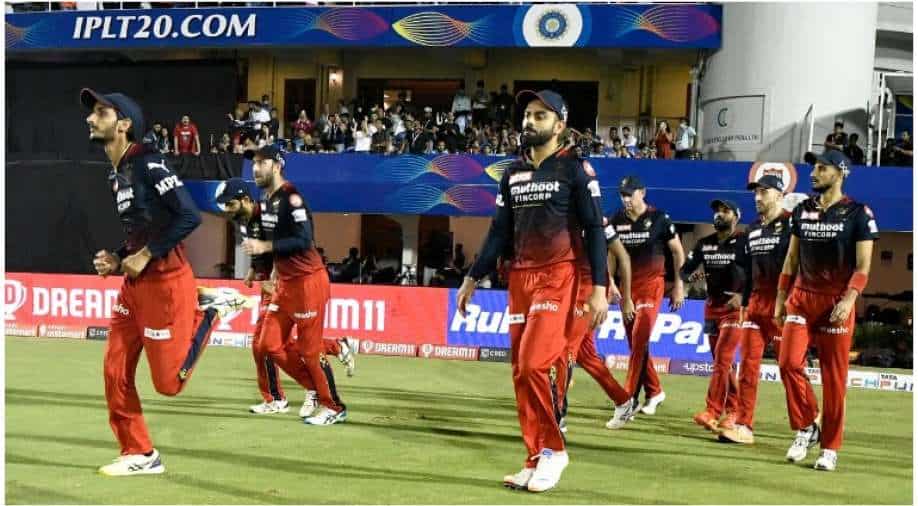 Former India head coach Ravi Shastri has once again advised Virat Kohli to take a break. After RCB's loss to RR, Shastri suggested Kohli to pull out of IPL 2022 amid form concerns.

Royal Challengers Bangalore (RCB) failed to chase down a modest 145 versus Rajasthan Royals (RR) in match 39 of IPL 2022 to lose by 29 runs at the MCA Stadium, Pune on Tuesday (April 26). All eyes were once again on Virat Kohli, the former RCB captain, who has been struggling for runs in the ongoing IPL season.

With only 119 runs in eight innings prior to the RR clash, it was expected that Kohli would come back to his usual best versus Rajasthan, a team against whom RCB were unbeaten in the last five face-offs. Despite Kohli being proactive on the field, talking to the bowlers and helping them plot batters' downfall, the star batter couldn't do much with the bat. He opened the innings for the first time in the 15th season but only managed a scratchy 10-ball 9.

Reflecting on his woeful run with the bat, former India head coach Ravi Shastri once again suggested Kohli to take a break. In fact, he added that the 33-year-old should pull out of IPL 2022 to regain some form after a break and prolong his international career. "I think a break is ideal for him because he has played non-stop cricket and he has captained the side across all formats. It will be wise of him to take a break. You know, sometimes you have to draw the balance. This year he is already into the tournament (IPL 2022), tomorrow if push comes to shove and you want to prolong your international career and make a mark there for 6-7 years, pull out of the IPL, for all you care," Shastri said on sports presenter Jatin Sapru's YouTube channel.

"If that is the case, you have played for 14-15 years. Not only Virat, I'll tell that to any other player. If you want to play and do well for India, you have to draw the line where you want to take that break and the ideal break would be off-season where India is not playing and the only time India does not play is the IPL. Sometimes, you need to do that or tell the franchise I'll only play the half. Pay me half, as simple as that. Those tough calls need to come if you want to reach the zenith of your profession as an international player," he further asserted.

ALSO READ | Virat Kohli is overcooked, if anyone needs a break it's him: Ravi Shastri on RCB star's woeful form

Shastri added, "Virat is still young and he has best 5-6 years ahead of him. He would have realised what he has gone through in these last few months. He knows he has to go back to the drawing board, how he thinks, how he approaches and he has to literally start from scratch. There have been many players in the past who have gone through this. You mentioned first ball out, to be honest, from the outside I would not be worried. As a player if I have gotten out first ball, I have hardly been in. It is when you get in and throw it away, that is more disappointing. When he gets in, it is up to him to make it count."

For the unversed, Kohli has gone over 100 matches without a century across all formats (17 Tests, 21 ODIs, 25 T20Is and 39* IPL games). His last international ton came in late 2019. While he has got starts for India in all formats and scored some vital half-centuries, he has throw away his wicket after settling in or been dismissed for cheap more often than not since his last triple-figure knock.