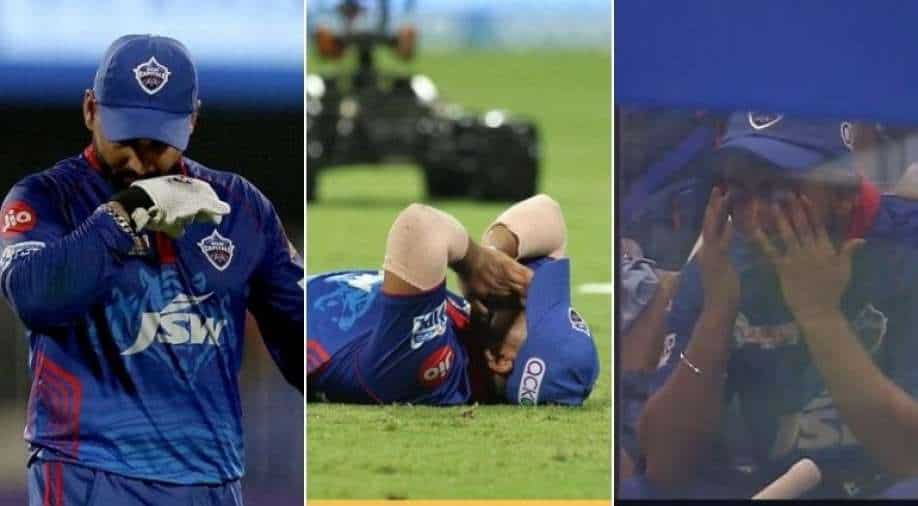 KKR's Rahul Tripathi smashed a six in the penultimate ball to inspire his side to enter the final, where they will meet Chennai Super Kings

In an absolute sensational way, KKR's Rahul Tripathi smashed a six in the penultimate ball to inspire his side to enter the final. Venkatesh Iyer struck a half-century that helped KKR to overcome a late wobble.

KKR needed 136 to win and looked in control of the match after fine knocks from openers Iyer (55) and Shubman Gill (46) before five quick wickets forced a thrilling finish.

With seven needed off the last over, DC's Ravichandran Ashwin removed Shakib Al Hasan and Sunil Narine off successive deliveries but Tripathi (12 not out) struck a sixer and stole the show.

There was a moment when it appeared that Rishabh Pant's side might have managed a stunning comeback, however, they lost the match. Delhi players were dejected as the video of a teary-eyed Prithvi Shaw went viral. During the post-match presentation, Pant also looked emotional.

Feel so bad for this man Rishabh Pant. He got emotional, tears in his eyes. Don't disappoint Champion, this just beginning, much success is coming in the future. #KKRvDC pic.twitter.com/bVUlHqii4i

Delhi were made to pay for a costly drop in the fifth over when Kagiso Rabada grassed a caught-and-bowled chance off Iyer, who hit four fours and three sixes in his third fifty in this season's IPL.

Earlier, Delhi struggled for momentum after being put into bat on a slow pitch, losing regular wickets following a brisk opening stand between Shikhar Dhawan (36) and Prithvi Shaw (18).

After the match Pant said, "I don't have words to express at the moment, can't tell anything. We just kept believing, tried to stay in the game as long as possible. The bowlers nearly pulled it back, but it's unfortunate that it didn't go our way."

"They bowled very well in the middle-overs, we got stuck and couldn't rotate strike. Delhi Capitals are known to be positive and hopefully we'll come back better next season," he added.

"We played really good cricket, yes, there will be ups and downs, but we'll stay positive, be there for each other, care for each other and hopefully we'll come back better next season," Pant said.