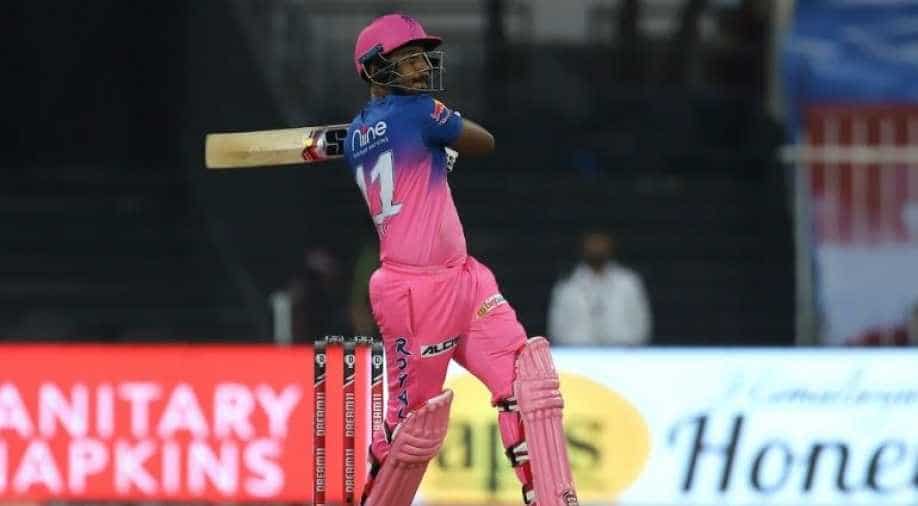 Royals batsmen smashed 17 sixes, which is the most by the franchise in IPL surpassing 14 each against Deccan in Hyderabad in 2008 and RCB in Bengaluru in 2018.

Rajasthan Royals beat Chennai Super Kings by 16 runs on Tuesday at Sharjah Cricket Ground. First high scoring run chase in IPL 2020. Both sides took equal advantage of the shorter boundaries at Sharjah. Both sides smashed 33 sixes in a game equalling an IPL record of most sixes in a match.

Most sixes in an IPL match

Royals batsmen smashed 17 sixes, which is the most by the franchise in IPL surpassing 14 each against Deccan in Hyderabad in 2008 and RCB in Bengaluru in 2018.

Rajasthan's Samson smashed his fastest fifty in the Indian Premier League. He made 50 in just 19 balls. He hit nine 6s and one 4 in the match. RR skipper Steven Smith hit 69 runs in 47 balls. The Aussie smashed four 6s and four 4s.

Rajasthan Royals finished the first innings in style after Jofra Archer smashed four consecutive 6s in the final over. RR finished the innings with 216 onboard with the loss of 7 wickets.

Piyush Chawla and Lungi Ngidi were thrashed the most by RR batsmen.

CSK were off to a great start. However, the team kept losing wickets and pace. Faf du Plessis scored the most for the team with 72 runs off 37 balls. The South African smashed seven 6s and one 4. MS Dhoni smashed three 6s in the final over, but it was too late.

Chennai as a team smashed 16 sixes.

With this win, Rajasthan went on the top of the IPL table, whereas, CSK slipped to the fourth position.