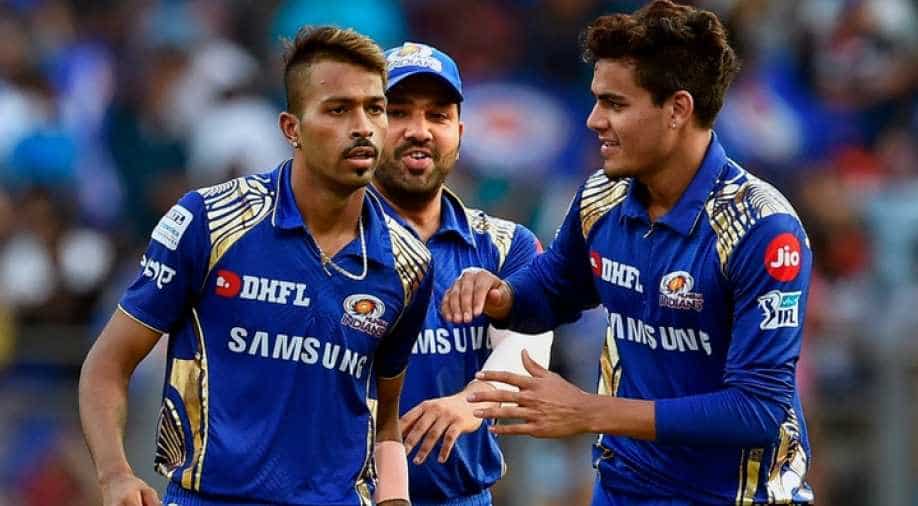 Rohit Sharma-led Mumbai team has managed to bounce back in the play-off race after defeating Kolkata by 13 runs on Sunday at Wankhede Stadium.

Earlier, Dinesh Karthik had opted to bowl to take the advantage of a dry pitch but the batsmen of Mumbai foiled all the plans of Kolkata to earn two crucial points.

Batting first, Mumbai set a target of 182 runs as both the openers, Suryakumar Yadav and Evin Lewis played a responsible knock for the team. Though skipper Rohit Sharma again misfired and scored just 11 runs off 11 balls.

All-rounder Hardik Pandya, whose performance has been a bit on and off throughout the tournament scored unbeaten 35 runs off 20 balls. He played at a strike rate of 175.00 and his inning included four 4s and one 6.

Surprisingly, Dinesh Karthik used seven players to bowl in the match but only Sunil Narine and Andre Russell were able to take wickets.

When Kolkata was chasing, there was a moment when it looked like Kolkata might win the way Robin Uthappa was hitting but got out bowled by Mayank Markande.

All the bowlers displayed a good performance especially, Hardik Pandya as he took 2 wickets with 4.75 economy rate.

Unbeaten Dinesh Karthik tried to push the run rate in the death over but the effort went in vain as Mumbai marked a much-needed victory.