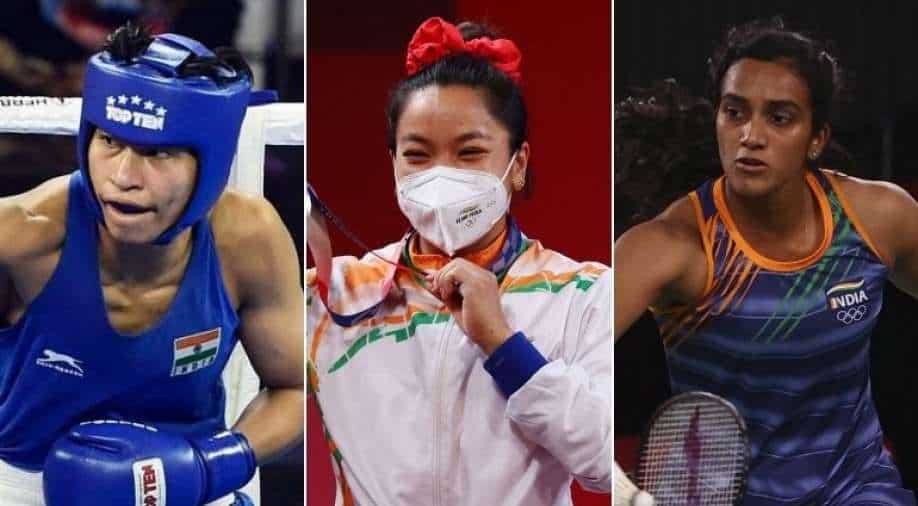 The graph shows upward curve in female representation from India at Olympic Games Tokyo 2020 , with some positives to look forward to, but still, more efforts are needed.

Battling shocks and upsets, the Tokyo Olympics 2020 emerged as a winner in more than one way but being the first gender-equal Games has been the right step in the right direction, which was long overdue. A similar reflection was seen in the Indian contingent where women participation — similar to Rio Games — was remarkable. Female athletes displayed stunning performances in various events, some even coming very close to winning.

India had sent its biggest-ever contingent to Tokyo Olympics with 126 athletes across 18 sports, out of which there were 54 female athletes. Indian athletes participated in 69 cumulative events across, which was the highest ever for the country. As soon as the Games began, weightlifter Mirabai Chanu won a silver medal, later boxer Lovlina Borgohain and shuttler PV Sindhu added two bronze medals. The Indian women were shining, inspiring millions of young girls to take up sport and bring laurels to the country. Overall, India at Tokyo Olympics finished with its best-ever haul in the Olympics with seven medals — a gold, two silvers and four bronze medals.

Indian women's hockey team scripted history by playing the semi-finals for the first time at Olympics. They achieved their best performance since their Olympics debut in 1980. Young golfer Aditi Ashok finished fourth in the women's golf tournament. It was the best finish of any Indian golfer at the Olympics. Six-time world champion Mary Kom was also eyeing a medal but she missed despite giving a valiant fight.

Carrying the entire nation's hope on her shoulders, when Karnam Malleswari won a bronze medal in the Women's 69kg weightlifting in the 2000 Sydney Olympics, she created history. It set an example of how one victory can become an inspiration, how one win can break societal barriers, how one win can break the glass ceiling.

From Malleswari to PT Usha the list of some terrific female athletes, who have made the nation proud, goes on with the likes of tennis players Sania Mirza, wrestlers Geeta Phogat and Sakshi Malik, badminton players Saina Nehwal and PV Sindhu, boxer Mary Kom and Lovlina Borgohain, archer Deepika Kumari, table tennis player Manika Batra and many more.

Here are some of the memorable and glorious moments of Indian women at the Olympics. In 2012, Saina Nehwal won a bronze medal in badminton in women's singles, which country's first Olympic medal in badminton, PV Sindhu carried the legacy forward and won a silver in Rio Games 2016 and a bronze at Tokyo 2020. Mary Kom became the first Indian woman to win a medal in boxing at the 2012 Games with her bronze medal in the women's flyweight division.

From training to qualifying, these female athletes go through several challenges and hardships to reach the highest sporting events, like the Olympics or World Cups. The graph shows upward curve in female representation from India at Olympics, with some positives to look forward to, but still, more efforts are needed so that negatives like poor health management, lack of training facilities, lesser promotion etc do not create hurdles.