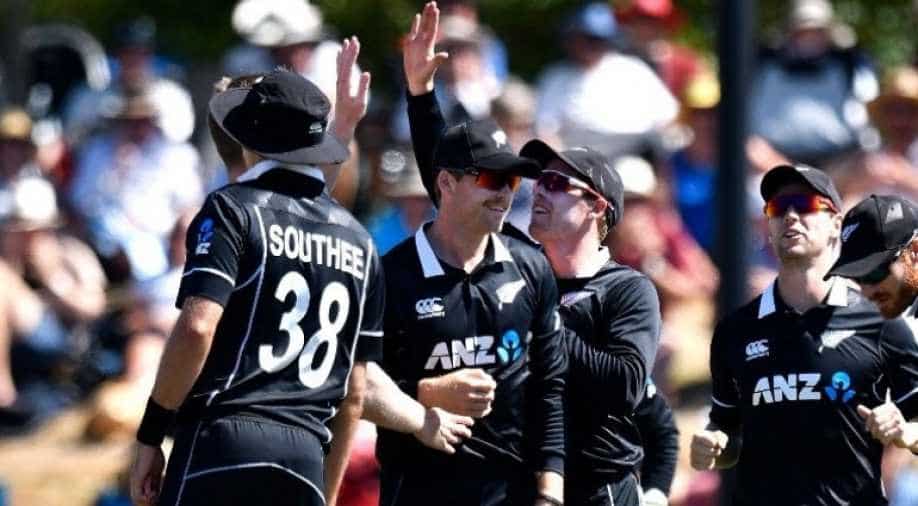 Chasing a target of 220 runs, India were all-out for a mere 139 runs. MS Dhoni top-scored for the team contributing 39 runs.

New Zealand bowlers routed Indian batsmen to win the first T20I by a margin of 80 runs in Wellington on Wednesday.

Chasing a target of 220 runs, India were all-out for a mere 139 runs. MS Dhoni top-scored for the team contributing 39 runs.

India's stand-in skipper Rohit Sharma was sent back to the pavilion early. Shikhar Dhawan too was lost his wicket for 29 runs. Both the openers were dismissed by Lockie Ferguson.

Vijay Shankar and Rishabh Pant also lost their wickets in quick succession. Both the wickets were taken by Mitchell Santner in one over. Dinesh Karthik too was dismissed while trying to hit a big shot.

All-rounder Hardik Pandya also failed to create any magic as he was caught out off Ish Sodhi. He had made just four runs.

Earlier, New Zealand batsmen produced a blistering performance to put up a target of 220.

The hosts slammed 219 runs for the loss of six wickets in their 20 overs.

Openers Tim and Colin Munro gave their side the required start after the two established a solid partnership of 86 runs.