IND vs ENG: England defeat India by an innings and 159 runs in 2nd Test 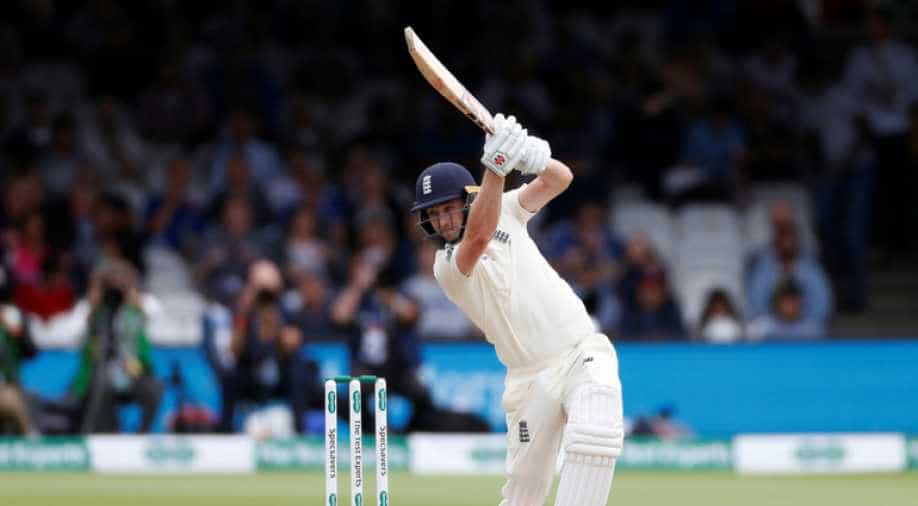 An outstanding display of swing with pace by England's Chris Woakes and James Anderson as England defeated India by an innings and 159 runs on Day 4 in the second Test at Lord's cricket stadium.

In the first inning, Virat Kohli-led team bundled out for just 107 runs as Anderson took five for 20 in swing-friendly conditions.

"I am not very proud of the way we played," said Kohli. "England deserved to win we deserved to lose."

In reply to India's 107, England declared the inning after scoring 396 runs and put up a mammoth lead of 289 runs.

India are dismissed for just 130 in their second innings - England win by an innings and 159 runs!#ENGvIND scorecard ➡️ https://t.co/e1I98c7CZY pic.twitter.com/skFuGxAgXe

At a moment, England were struggling at 89-4 but Chris Woakes, who was recalled in place of Ben Stokes, slammed his maiden century to salvage England's inning.

He found a determined ally in Jonny Bairstow (93) and scored 189 runs together to put England in a good position.

He became just the 10th player in history to have scored a hundred and taken five or more wickets in a Test innings at Lord's.

His unbeaten century meant he now has a place on both the batting and bowling honours boards at Lord's.

The 29-year-old Woakes impressed with his magnificent strokes and said that it is an incredible feeling to raise the bat at Lord's stadium.

A fantastic all-round performance! 4 wickets and a brilliant maiden century nets @chriswoakes the Player of the Match award! ? #ENGvIND pic.twitter.com/izHZInO1ud

The third Test at Trent Bridge starts on Saturday, with India now looking to become only the second team in history to win a five-Test series from 2-0 down after a Don Bradman-inspired Australia achieved the feat against England back in 1936/37.