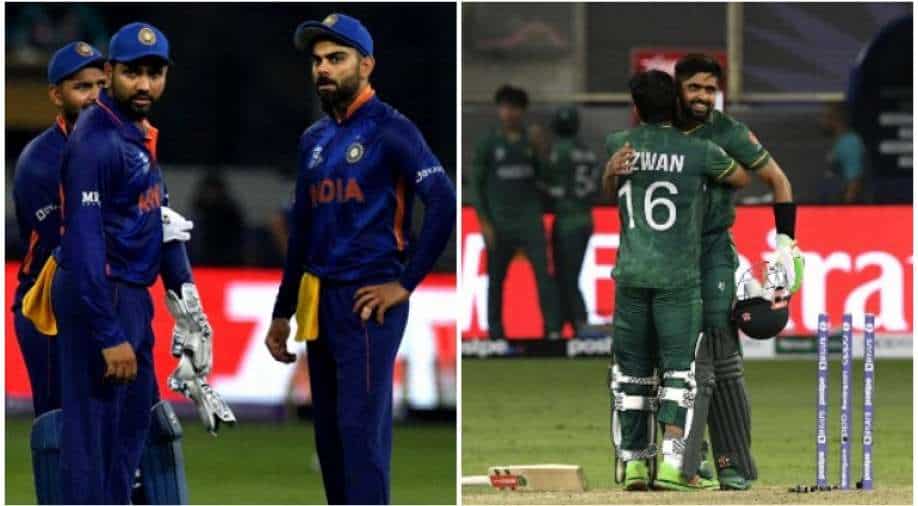 While no Indian featured in the team, it is to be noted that the senior men's team played only a handful of ODIs in 2021. India played six ODIs -- winning four of them -- with many regulars missing the 50-over series versus Sri Lanka in mid-2021.

The International Cricket Council (ICC), on Thursday (January 20), announced the Men's ODI team of 2021. Pakistan's Babar Azam has been named as the captain of the line-up, which includes no player from India, England and Australia. On Wednesday, the ICC had also shared the Men's T20I team of 2021, which didn't comprise a single Indian and had Babar as the captain.

Talking about the ODI XI, Ireland's Paul Stirling made the cut. He ended the calendar year with 885 runs including 3 hundreds. South Africa's Janneman Malan was named the second opener with Babar at No. 3 whereas Fakhar Zaman took the No. 4 spot. The rest of the middle-order comprises Rassie van der Dussen, who played a match-winning 129* versus India in the first ODI on Wednesday (January 19), along with Bangladeshi pair Shakib Al Hasan and Mushfiqur Rahim. Apart from Shakib, Sri Lanka's Wanindu Hasaranga and Ireland's Simi Singh are the two all-rounders whereas Mustafizur Rahman and Dushmantha Chameera were the two pacers included.

Babar had a great run in 2021, being named as the white-ball captain altogether by the ICC. Under Babar, Pakistan won the ODI series in South Africa and also reached the semi-finals of the 2021 T20 World Cup, held in the UAE.

The list had no mention of some of the big-ticket players, such as Virat Kohli, Rohit Sharma, KL Rahul, Shikhar Dhawan, Jos Buttler, David Warner, Jasprit Bumrah, Pat Cummins, etc. For the unversed, this was the first time since 2004 that no Indian was named in the Men's ODI Team of the Year.

While no Indian featured in the team, it is to be noted that the senior men's team played only a handful of ODIs in 2021 (same goes for other big teams as well). India played six ODIs -- winning four of them -- with many regulars missing the 50-over leg versus Sri Lanka, in the island nation, in mid-2021.