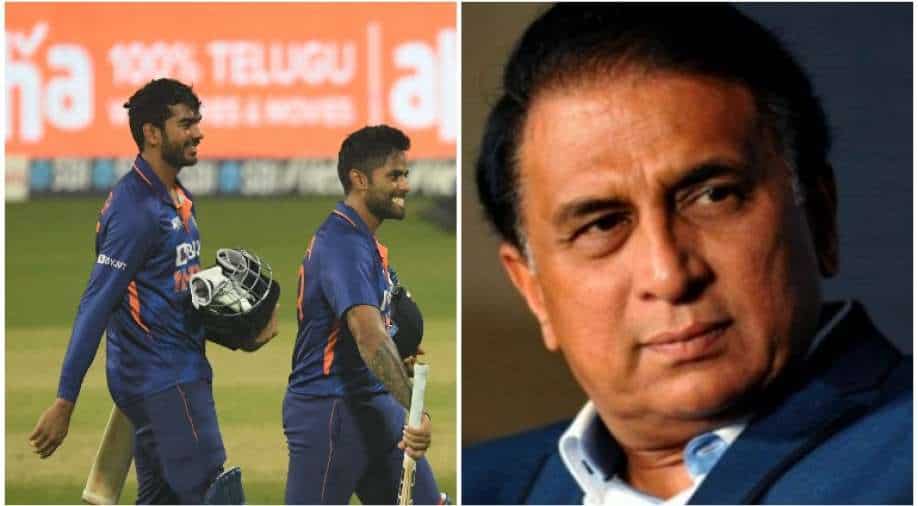 Little Master Sunil Gavaskar has lauded India's star batter after the end of the three T20Is versus West Indies. The former opener feels he is making a strong case for selection for T20 World Cup.

India demolished West Indies in the three T20Is at home. Taking an unassailable lead heading into the final encounter, Rohit Sharma-led Indian team were asked to bat first in the final T20I. After being at a tricky position, at 61-3, the Men in Blue posted a daunting 184-5 courtesy of an impressive 91-run fifth-wicket stand between Suryakumar Yadav and Venkatesh Iyer.

Both SKY and Iyer came together with the score reading 93-4 in 13.5 overs. The duo's stand flourished as the rest of the innings progressed with their strokeplay, taking India to a competitive score. In reply, Nicholas Pooran's 61 and cameos from Romario Shepherd and Rovman Powell weren't enough for Kieron Pollard's West Indies; losing by 17 runs.

Following the series, SKY's stature continues to rise in Indian cricket. He has fulfilled various roles -- coming out to bat at different positions -- and looks pretty much in contention for the T20 World Cup squad, as per Little Master Sunil Gavaskar.

ALSO READ | Going to be a big challenge: Dinesh Karthik points out where captain Rohit Sharma will be tested

Gavaskar told Star Sports, "I think he is pretty much making a case for inclusion (T20 World Cup team). In the first match, he and Venkatesh combined to take India home just when things were looking a bit difficult. Today as well. To bat like that when 4 wickets already fell that truly shows the sign that the team is making the right progress. Perfection is impossible. But to have guys who can raise their hand and step up when things are not going their way...don't forget, he is still a newcomer. So it is not like he is playing international cricket for a long time. Venkatesh too came in only a couple of months back."

“He can play at No.3 and help build an innings. Like what we saw in the first game and today the way he can finish it, he is an innings builder and also a finisher. What a great combination," pointed out the former opener.

SKY ended the series with scores of 34* (18) -- striking at 188.89 -- 8 (6) and 65 (31). Thus, he was adjudged the Player-of-the-Match as well as the Player-of-the-Series (he was also the highest run-getter in the ODI leg). At the post-match presentation after the T20Is, SKY said, "Just wanted to replicate what I did in the first game. Needed someone to stay there after Rohit got out and get the team to a defendable total. We had a long chat in the team meeting as to how we are going to react under immense pressure and it came out very well. I just try to keep things simple. Being a little harsh on yourself in the nets, don't hit every ball wildly and have some quality sessions. Excited for the next series."