Going to be a big challenge: Dinesh Karthik points out where captain Rohit Sharma will be tested 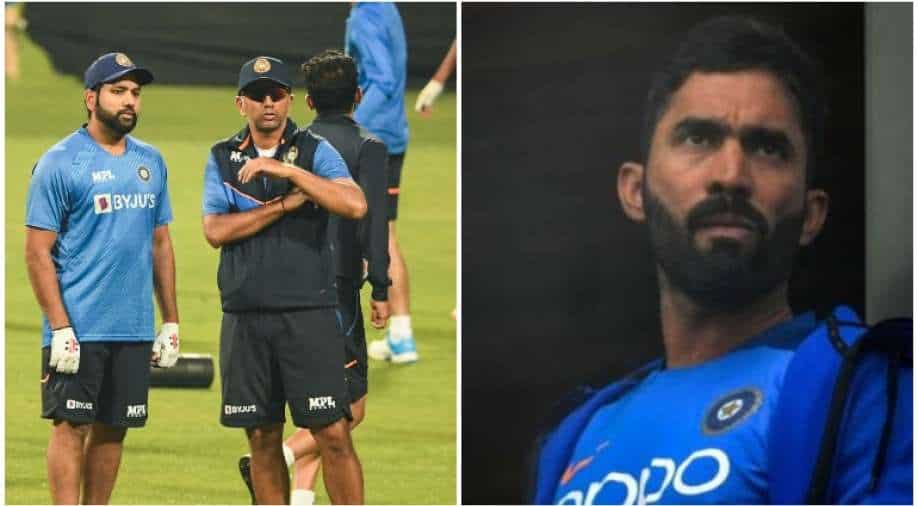 DK points out where captain Rohit Sharma will be tested Photograph:( AFP )

Dinesh Karthik lauded Rohit Sharma but also mentioned where he will be tested as Team India's full-time captain, after the West Indies T20Is.

Throughout the course of the series, the 34-year-old Rohit made heads turn for his decision-making, rotating the bowlers and being a step ahead of the opposition on the field. Thus, veteran keeper-batter Dinesh Karthik lauded Hitman but also mentioned where he will be tested as captain. For the unversed, Rohit is now India's full-time captain after being named as Virat Kohli's successor in whites, after taking over in limited-overs, on Saturday (February 19).

"I think Rohit is very astute tactically. And the amount of cricket he will play will define how consistently he can play all three formats. He is at a place where there is a lot of cricket to be played throughout the year. That's going to be a big challenge for someone like Rohit. He is a quality captain... there's no doubt about that. When it comes to tactics, we saw in this game (third T20I against West Indies) that he is well ahead of the game," Karthik told Cricbuzz.

Rohit will now shift his focus in leading the Men in Blue in the forthcoming three T20Is, at home, versus Sri Lanka. It will be followed by two Tests on home soil, which will get underway on March 4 in Mohali.

At 34, Rohit is making the right noise as the skipper. However, his history with injuries will surely test him going forward in an action-packed calendar year for Team India.