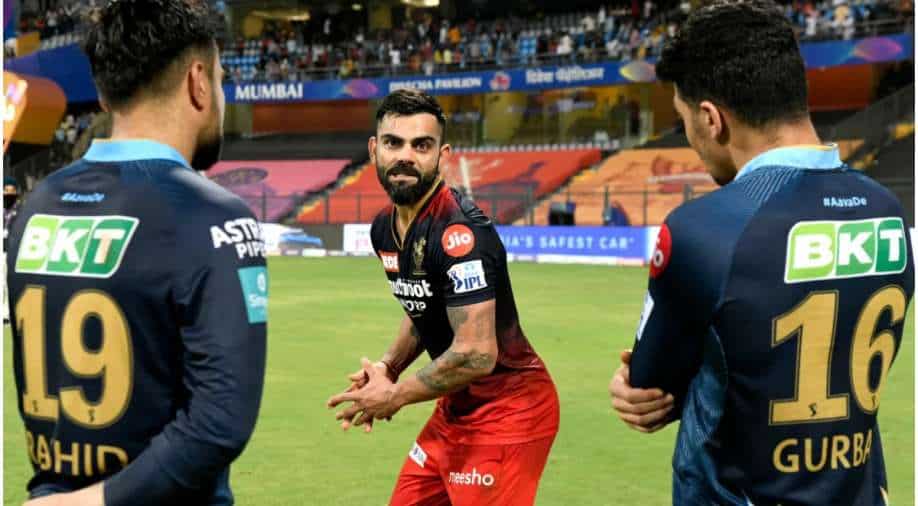 Virat Kohli has not had a lot of success in the IPL 2022 edition, being held in India. After the end of the league stage, the 33-year-old has managed only 309 runs with two half-centuries, striking at less than 120. Nonetheless, the right-hander remains an integral part of the Faf du Plessis-led RCB line-up and is also part of the leadership group.

Ahead of RCB's clash versus Lucknow Super Giants (LSG) in the Eliminator of IPL 15, at the Eden Gardens, Kolkata, the three-time runners-up's Director of Cricket Operations Mike Hesson has lavished huge praise on Kohli's man-management skills, where he has brought the seniors together and has looked after the younger lot with aplomb.

"Virat is obviously a key part of that, being our Ex-Captain, and such an influential character, but he also brought a whole lot of senior players for the ride that he can engage with. All the young guys love him because he cares, actually genuinely talks and sit to have breakfast with them, gets to know them, sits them by the pool, whatever it is to actually build that group and he does that organically, it's not fake, it's quite a natural way with how he deals with people," Hesson said while speaking on RCB Bold Diaries.

RCB qualified for the playoffs for the third successive season, since IPL 2020, and will look to end their title drought with a win in the final. Ahead of the knockouts, Hesson shared details about the work gone behind in building a franchise.

In this regard, the New Zealander added, "I think it is more about having some real consistency of how we go about our work; you try to limit those ups and downs that happen in any IPL. It is all about being calm under pressure, in terms of, what your response is when you are under the pump, do you panic, do you make horrible changes, or do you believe in what you're trying to do? A lot of work goes behind the scenes in terms of making sure we are clear on how we want to play our cricket, and then about who are the people that can fulfill those roles."