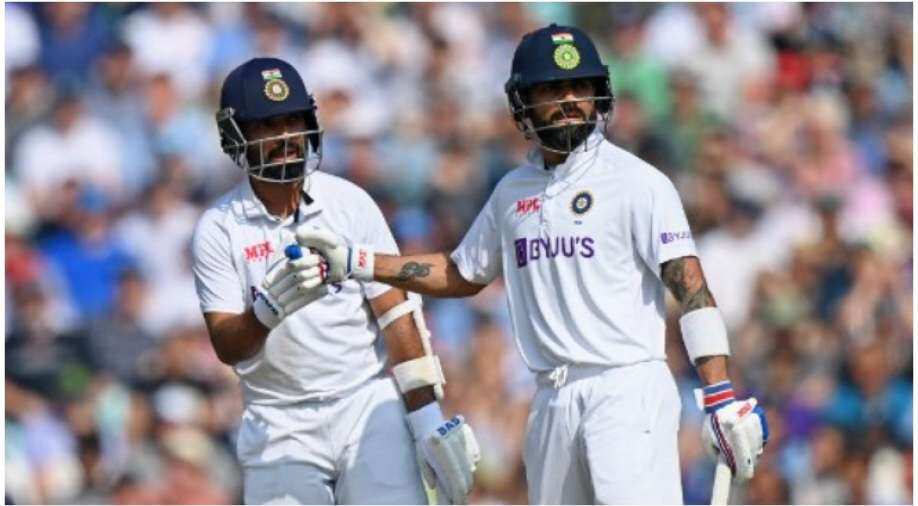 Former Pakistan captain has lauded Virat Kohli for backing his players through thick and thin. Kohli, who is India's most successful Test captain ever, recently hit back at his deputy Ajinkya Rahane's critics after the NZ Tests.

On the other hand, Shreyas Iyer had also produced a match-winning performance in the first Test, scoring a century on his debut innings. Thus, many former cricketers and experts believe it is time for the Rahul Dravid-led team management to drop underperforming vice-captain Ajinkya Rahane from the Test squad ahead of the South Africa tour, from December 26.

Nonetheless, the 33-year-old Kohli has continued to back his deputy, who has only two fifty-plus knocks since his last ton in late 2020.

Speaking after India's 1-0 win in the two-match series, Kohli had said, "I can't judge Ajinkya's form. Nobody can judge anybody's form, for that matter. Because only an individual knows what part of his game he has to work on. But, as I have said in the past, it is important to back those players who have made impact performances in difficult situations and important Test matches in the past. We don't entertain this kind of atmosphere in the team that a player starts worrying about 'what next' the moment he is under a little bit of pressure.

"Yes, we can't expect this kind of balance from those on the outside where those who are singing praises will be asking for a player's head in two months. We don't react that way ever nor will we do it in the future because we know how much effort and hard work goes in for any person to get into a positive mental space, and we will support it. Be it Ajinkya or whoever. We will never take decisions based on the outside atmosphere," the 33-year old further added.

Thus, former Pakistan captain Salman Butt has lauded Kohli for backing his players through thick and thin. Kohli, who is India's most successful Test captain ever, was highly appreciated by Butt for backing his troops and believes that Rahane can return to form due to his captain's belief in him.

Speaking on his YouTube channel, the 37-year old opening batter said, "One of the most valuable reasons behind Team India's success under the captaincy of Virat Kohli is backing his players, especially when they most need them. Not just Kohli, pick any good captain in world cricket, they will always back their proven player, who is now going through a lean phase. And when such players are backed during their time of struggle, with the amount of confidence the player gains they come out stronger and produce unthinkable results."

He added, "In cases when the player has top-class credentials, has helped script unbelievable victories, or has performed well under pressure, you have to back them. And this is the reason why he is such a successful captain. He trusts his players, backs him through thick and thin. And that is why players respond. And he is the vice-captain of the Indian team, who led the Indian side to victory in Australia in the absence of Kohli and has performed as batsman as well."

Kohli-led India will now travel to the African nation for three Tests and equal number of ODIs. The first Test will commence on December 26 in Centurion as all eyes will be on Rahane if he can return back to form.