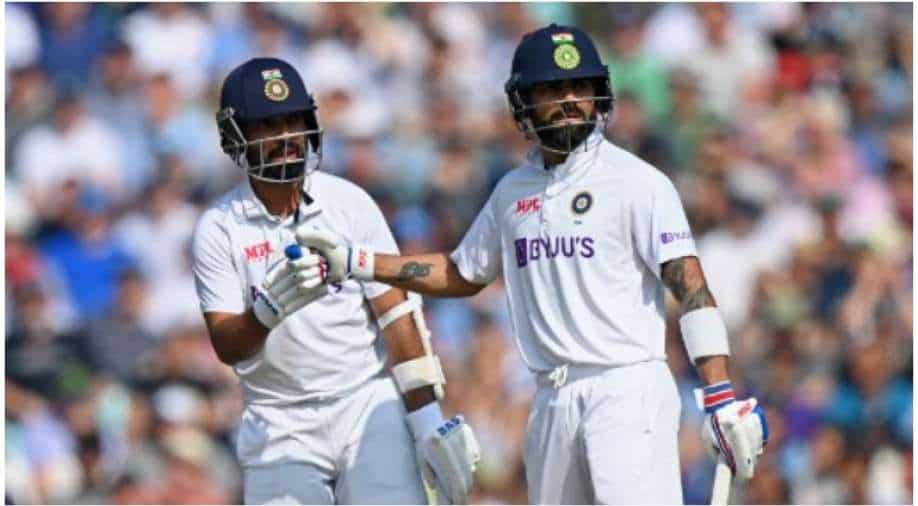 After the NZ Test series win, Virat Kohli has continued to back his deputy Ajinkya Rahane who is under-fire due to his poor returns with the bat.

Virat Kohli-led Team India beat New Zealand by 372 runs (their biggest win in terms of runs) in the second and final Test at Wankhede Stadium, Mumbai on Monday morning (December 6). Resuming Day 4, India needed 5 more wickets for a series win and the home side completed the proceedings in less than a session by bundling out the Kiwis for 167, in pursuit of 540.

Opting to bat first, India made 325 courtesy Mayank Agarwal's 150. In reply, NZ lost the plot by being dismissed for 62 as India declared their second innings at 276-7. In return, the Black Caps made 167 all-out on Day 4's morning session to lose the match and series 1-0.

The series decider saw plenty of star performers for Team India, in the form of Mayank, Axar Patel, R Ashwin, Jayant Yadav, Shubman Gill, Mohammed Siraj, etc. While India will now travel to South Africa for an all-important three-match Test series, from December 26, many former cricketers and experts feel vice-captain Ajinkya Rahane should now be dropped given his poor returns with the bat coupled with the presence of Shreyas Iyer, Hanuma Vihari, etc.

Rahane's scores after his Melbourne ton are as follows:

However, Captain Kohli has continued to back Rahane and told in the post-match conference. On being asked about under-fire Rahane, Kohli said, "I cannot judge Ajinkya’s form. I think no one can judge it. The individual in question knows the areas of the game he needs to work on. We need to back players who have come up with impact performances for us in the past under difficult circumstances in key Test matches."

“If there is some pressure on an individual and people start creating an environment wherein everyone is asking “what happens next?”, we don’t entertain that as a team. We cannot expect that balance outside. The same people who praise certain players want them out of the team after two months. We have never reacted like that and we never will because we know the amount of effort that goes into it (playing the game). We will support him, whether it is Ajinkya or someone else. We won’t take a decision based on the atmosphere outside,” Kohli further asserted.

Rahane has managed only two fifty-plus scores since his Melbourne Test ton versus Australia, which came in the previous edition of the Border-Gavaskar Trophy 2020/21. The senior pro will have all eyes on him in the upcoming three Tests versus the Proteas as many have called for his omission from the Test line-up.