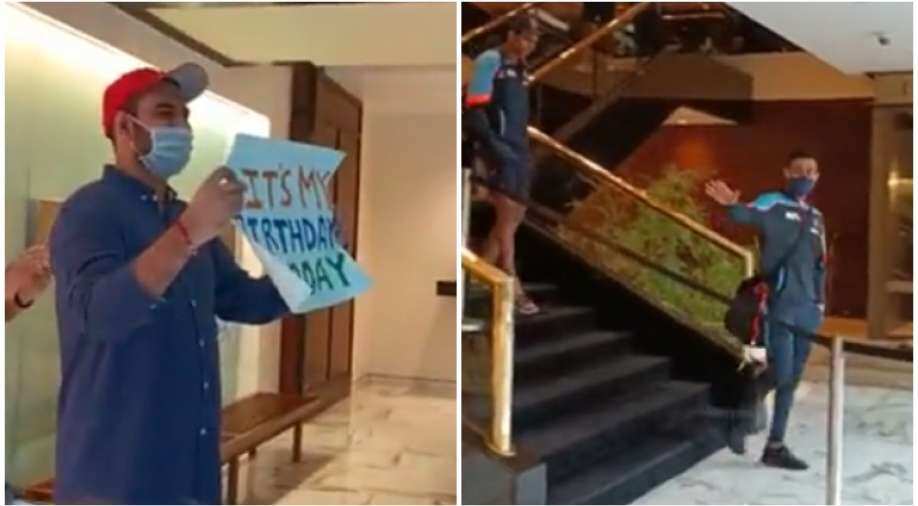 Ahead of the fourth day's play between India and New Zealand in Mumbai, Virat Kohli wished a fan on his birthday as the video was shared on social media platform. Here's the clip:

India thrashed New Zealand by 372 runs on Day 4 of the second and final Test at the Wankhede Stadium, Mumbai on Monday morning (December 6). Resuming the penultimate day with the home side needing 5 more wickets to go 1-0 up in the series finale, R Ashwin and Jayant Yadav's four-fers led to the Kiwis being bundled out for 167 in less than a session to lose by a handsome margin.

It was a flawless Test match for Virat Kohli-led India, who opted to bat first and posted 325. Courtesy Mayank Agarwal's 150, India made 325 and bundled out the Kiwis for 62 to earn a huge first-innings lead. In their second essay, India declared at 276-7 whereas the Black Caps posted only 167 in the final innings to fall apart like nine pins in the series decider after a fighting draw in the first Test at Kanpur.

Before Day 4 commenced on Monday morning, Captain Kohli made the day of a fan who was waiting for Team India players before their entry to the ground.. As the fan was celebrating his birthday, the 33-year-old Kohli wished him and the video of the same has gone viral on social media platforms. Here's the clip:

Your favourite cricketer wishes you on your big day, India wins the match & you feature on TV... Can't get bigger than this...

Kohli returned to international cricket, following the T20 World Cup 2021 edition in the UAE, during the Mumbai Test. While he didn't manage a big score in the match, he led the side to a whopping 372-run win over the World Test Champions NZ. With the series win, India bagged their 14th successive Test series on home soil and regained the top spot in the ICC Test Rankings before their all-important three-match Test series versus South Africa in the African nation, from December 26 in Centurion.