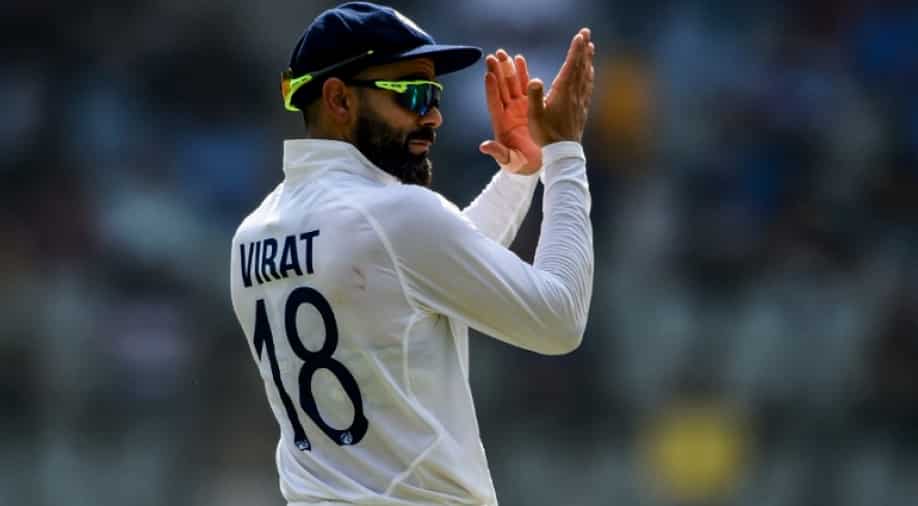 Indian Test captain Virat Kohli achieved an elusive milestone as he became the first player in the world to be part of 50 wins across all three formats in international cricket.

India's Test skipper Virat Kohli created history on Monday (December 06) as he became the first player in international cricket to complete 50 wins in all three formats of the game. Kohli led India to a massive 372-run win in the second Test against New Zealand at the Wankhede Stadium in Mumbai as the hosts clinch the two-match series 1-0.

With India's win, Kohli achieved yet another elusive milestone as he featured in his 50th win in Test cricket. Kohli is now the only player in the world to have been part of the playing XI in 50 wins across all three formats - ODIs, Tests and T20Is. Regarded as one of the best batters of the current generation, Kohli has been a consistent performer for Team India over the years.

While he has been instrumental in Team India's success when it comes to his batting, he has also been exceptional as a leader and is already India's most successful Test captain of all time. It was Kohli's 39th win as captain in the longest format and 50th as a player.

"Congratulations @imVkohli. The first player with 50 international wins in each format of the game," BCCI wrote in a tweet as the board congratulated Kohli on the milestone.

Kohli now has 50 wins in 97 Test matches while he had already surpassed the half-century mark in ODIs and T20Is. In ODIs, the Indian skipper has been part of 153 wins in 254 matches while in T20Is, he has been in the playing XI 59 times on the winning side in a total of 95 games.

The 1-0 win against New Zealand is India's 14th consecutive Test series win at home. Their last loss in India came against England under MS Dhoni's captaincy in 2012. India have since remained unbeaten in the Test series at home and continue to extend their dominance.