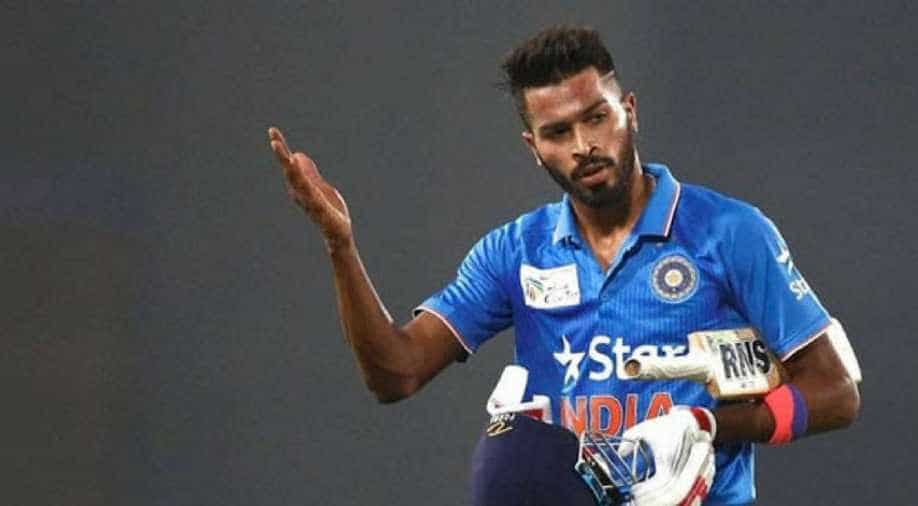 BCCI allowed Pandya to participate in the ongoing one-day international series in New Zealand and Rahul to join the India squad in Thiruvananthapuram.

All-rounder Hardik Pandya is set to join India's touring squad in New Zealand after his suspension over sexist comments on a TV show was lifted by the country's cricket board.

Pandya talked about his encounters with multiple women in a chat show earlier this month as teammate KL Rahul sat next to him, prompting uproar on social media that led to the duo being suspended pending an inquiry.

The Committee of Administrators (CoA), after consulting new amicus curiae PS Narsimha, decided to lift the suspension pending an inquiry, for which an ombudsman is to be appointed by the Supreme Court.

The apex court has listed the matter tentatively for February 5.

"The above matter and decision has been taken with the concurrence of the Learned Amicus Curiae, Mr PS Narasimha. In view of the above, the suspension orders dated 11.01.2019 is immediately lifted pending appointment and adjudication of the allegations by the BCCI Ombudsman," read a statement of CoA, issued by the BCCI.

The Board of Control for Cricket in India (BCCI) Thursday allowed Pandya to participate in the ongoing one-day international series in New Zealand and Rahul to join the India A squad in Thiruvananthapuram.

"Hardik Pandya will be sent to New Zealand to join the team at the earliest and K.L. Rahul will join India A squad to play the last three one-day games against England Lions," the BCCI said in a news release.

The final call on the duo's fate will be taken by an ombudsman whose appointment has been stuck in a legal wrangle.

Virat Kohli's India lead the five-match series against the Kiwis after their opening win in Napier and will face the hosts on Saturday in the second match.