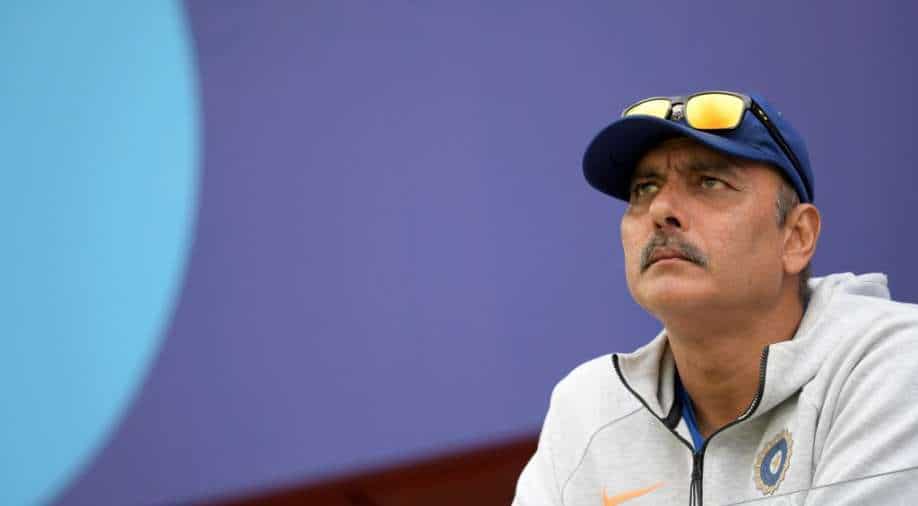 Indian head coach Ravi Shastri on Sunday said that his team had to dig deep in a bid to qualify for the ICC World Test Championship (WTC) final due to the rules getting changed between into the tournament due to the COVID-19 pandemic.

Indian head coach Ravi Shastri on Sunday said that his team had to dig deep in a bid to qualify for the ICC World Test Championship (WTC) final due to the rules getting changed between into the tournament due to the COVID-19 pandemic.

Owing to the COVID-19 disruption, the qualification scenario in ICC WTC was changed midway. The change stated that teams with better percentage points in the WTC points table will qualify and not the teams with the most number of points. India finished atop the WTC standings with 72.2 percentage points followed by New Zealand who have 70 percentage points as the two teams set-up a mouthwatering clash in the final of WTC.

"I am not worried about the next WTC cycle, I am thinking of the first cycle. If you ask me about the problems in the first cycle, please do not shift the goalpost. I am sitting at home during Covid-19, right in the month of October-November. You have got more points than any other team in the world. 360 at that time, suddenly, a week later without playing any cricket, there is a rule that comes stating that the points would be decided on the percentage system and go from number one to three. Fine, that's because of countries not wanting to travel, all acceptable and fine,” said Shastri during a virtual press conference on Sunday.

ALSO READ: It's banter!: Ravi Shastri reacts to viral memes around him on social media

Plenty of youngsters got their hands on the Indian Test cap with the likes of Washington Sundar, T Natarajan, Axar Patel bagging their debuts in the longest format of the game, starting from the series against Australia.

Speaking about the big squads that were picked because of Covid-19 and quarantine protocols, Shastri said: "This is the most positive thing to come out of this bubble because of the bubble, you had to go with large squads. Because of the bubbles and quarantine rules, you had to go with 25-30 players. As a result, you had to dig deep and pick your best 30 players and as luck would have it, we had no choice to play every member. You found out who is good and who is not. It is a good headache to have and it is something that has worked well. If you said Natarajan would play a Test match, you would have said no way. Even Washington Sundar, you would have said no way. These are things you would not imagine but circumstances make it happen. I am glad the youngsters who got the opportunity cracked it open."

The final of ICC WTC is slated to be held on June 18-22 in England.