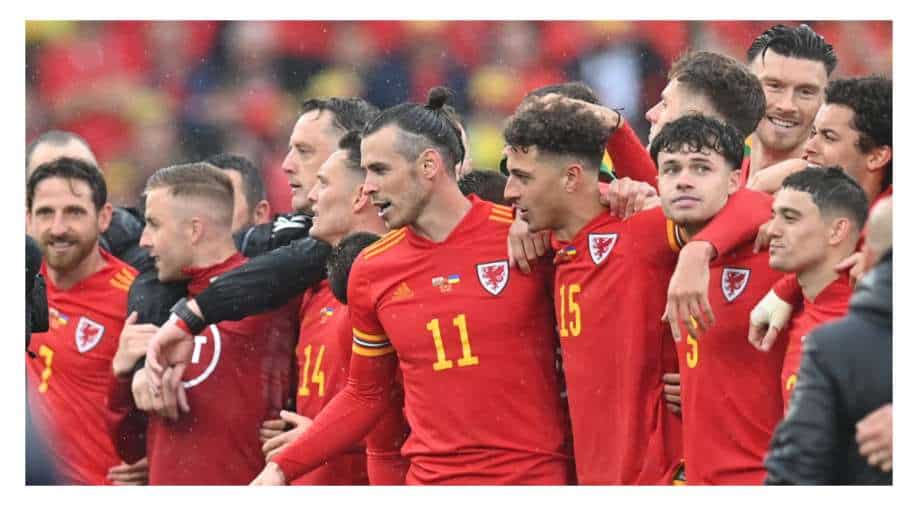 Wales, whose only previous finals appearance was in Sweden in 1958, will join England, Iran and the United States in Group B at the World Cup which kicks off in Qatar on Nov. 21.

Wales beat Ukraine 1-0 in the European World Cup qualifying playoff in Cardiff on Sunday to qualify for the World Cup finals for the first time in 64 years. Wales, whose only previous finals appearance was in Sweden in 1958, will join England, Iran and the United States in Group B at the World Cup which kicks off in Qatar on Nov. 21.

Wales goalkeeper Wayne Hennessey was hailed as "world class" after his outstanding display, with nine saves, ensured a 1-0 victory over Ukraine in Sunday`s playoff and a place in the World Cup finals. Hennessey was chosen by interim manager Rob Page for the qualification decider having stepped in for first choice Danny Ward when he was injured for the playoff semi-final win against Austria. The 35-year-old has spent this past Premier League season as back-up keeper at Burnley but despite his lack of first-team action he delivered a match-winning performance.

"He was magnificent, world class," said Page, "I pulled Wardy (for a chat) and showed him that respect that I was starting Wayne, it was purely because he played in the semi-final and didn’t let us down so it would have been harsh to drop him. I thought he went to another level tonight," he added. Hennessey`s alertness kept Wales in the game a difficult opening half hour when he made three crucial saves and late in the game he produced the best save of all with a one-handed palm to keep out a header from Artem Dovbyk. The former Crystal Palace and Wolverhampton Wanderers keeper, who was making his 102nd appearance for his country, said he had saved his best performance for Wales for the most important match.

"That`s the best game I`ve had in a Welsh shirt, I`m buzzing," he said. "It`s incredible. Everyone on the pitch tonight was amazing, and even those who didn`t make it on. "We`re a small nation, and it`s great to take everyone to a World Cup," he added.