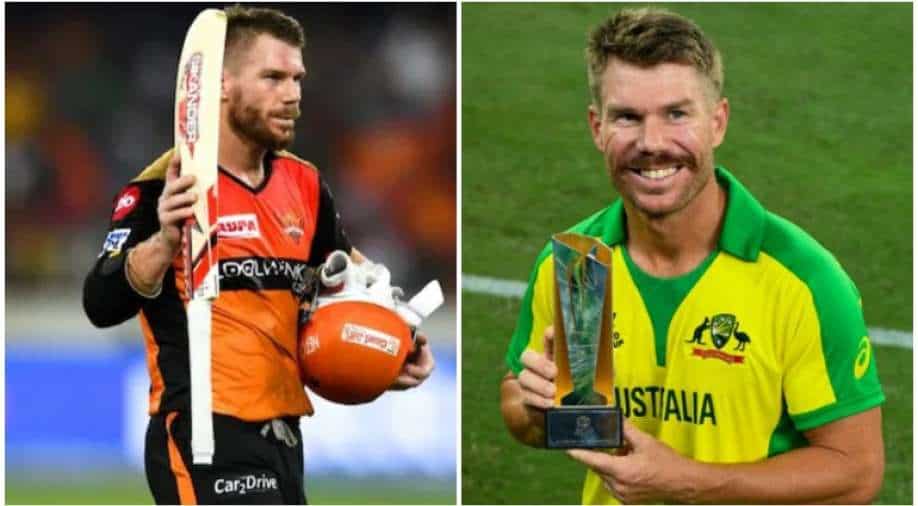 David Warner had a torrid time in IPL 2021 edition. However, the swashbuckling left-hander has turned it out in the just-concluded T20 World Cup 2021 edition, returning as the top-scorer for eventual champions Aaron Finch-led Australia. As the Sunrisers Hyderabad's former captain Warner had already shared his intention to put his name in the auction pool for IPL 2022, former Aussie spin wizard Brad Hogg has predicted his next IPL franchise.

So far, Warner has represented the likes of Delhi Daredevils (DD) -- now known as Delhi Capitals (DC) -- and was part of the SRH camp from 2014-21 edition. Hogg believes Warner will be best suited to the Virat Kohli-starrer Royal Challengers Bangalore (RCB) franchise.

"I wouldn't be surprised if he ends up at RCB because that kind of wicket will suit him at Bangalore and they need a leader. The RCB might get him in because of his captaincy record as Kohli has relinquished his post," Hogg said on his YouTube channel.

As far as the chances of Warner heading back to SRH are concerned, Hogg doesn't see that happening. "I don't think Warner will play for SRH anymore. I think there is bit of a relationship problem between the franchise management and David Warner," the former chinaman bowler noted.

Speaking on 1170 SEN Breakfast with Vossy, Warner had recently told, "I will put my name in the auction. "By the signs of the recent IPL, I won’t be retained by the Sunrisers, so I’m looking forward to a fresh start."

It will be interesting to see which franchise will become Warner's next IPL team. If he enters the auction pool, the Aussie opener will surely be one of the most expensive buys given his overall stature in IPL. He has amassed 5,449 runs in 150 IPL games at 41.59 with 4 hundreds.

Given that Warner ended the T20 WC with 289 runs, second-highest overall, his stocks will definitely be on the higher side.