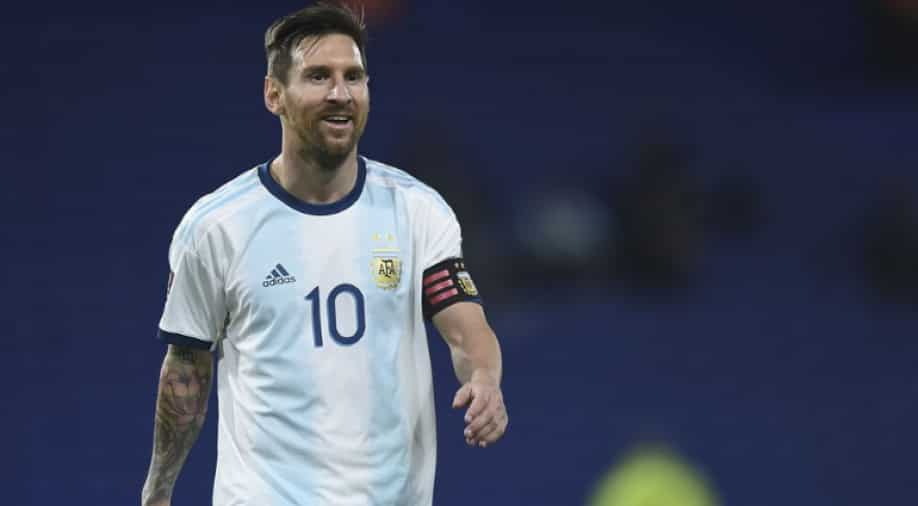 The 2021 Copa America offers Lionel Messi one more chance to win an international trophy with the senior Argentina football squad.

Lionel Messi has dismissed the notion that Argentina have been dependent on him. Messi is presently in Brazil with the Argentina national group who start their Copa America 2021 mission against Chile on Monday.

The 2021 Copa America offers Lionel Messi one more chance to win an international trophy with the senior Argentina football squad. He is one of the best footballers, notwithstanding mind-boggling accomplishment on the club level and on an individual level, international trophies have escaped him with Argentina. The Barcelona charm drove Argentina to the 2014 World Cup and Copa America finals in 2015 and 2016, however neglected to cross the keep-going obstacle on each of the three events.

Ahead of the 2021 Copa America, Messi said something regarding Argentina's odds while inside and out dismissing the normal conviction that La Albiceleste has relied upon him in the course of the last decade.

"At no time did the national team depend on me. We always try to have a strong group. We always said that if we are not a strong team, winning and achieving our objectives would be difficult."I think we became strong as a group. Most of the players have been working together for a long time. We have already played in Copa America, so we have the experience that having played it gives you. We are still in training and I think we are on the right track."

Messi additionally has the chance to assume control over previous colleague Javier Mascherano as Argentina's most-covered player. The Argentine maestro has 144 Argentina caps.

"It's special, everything that I play with the national team is always special, be it friendlies, qualifiers, Copa America, World Cup. I never imagined playing so many games. I didn't even think about it. I just lived from day to day and tried to always be present and always give my best," he added.

Argentina starts its Copa America 2021 mission against Chile on Monday. Messi and Co have been put close by Chile, Paraguay, Bolivia, and Uruguay in Group An of the competition. The best four groups from the two gatherings will fit the bill for the quarterfinals.

Lionel Messi focused on that Argentina needs to begin their Copa America crusade with a triumph. Chile crushed Argentina in the Copa America 2015 and 2016 finals and La Albiceleste will like to get one over their rivals on Monday.

"We need an important victory. We have been doing things well, growing, but we need to win the first game. It is important to start with the three points, it gives you peace of mind for what is coming. We know that it will be difficult. We are playing against Chile again. We know each other a lot and they are a tough opponent that we are going to meet."