EXCLUSIVE: Suresh Raina, MS Dhoni and AB de Villiers were the most challenging to bowl to, says Sandeep Sharma 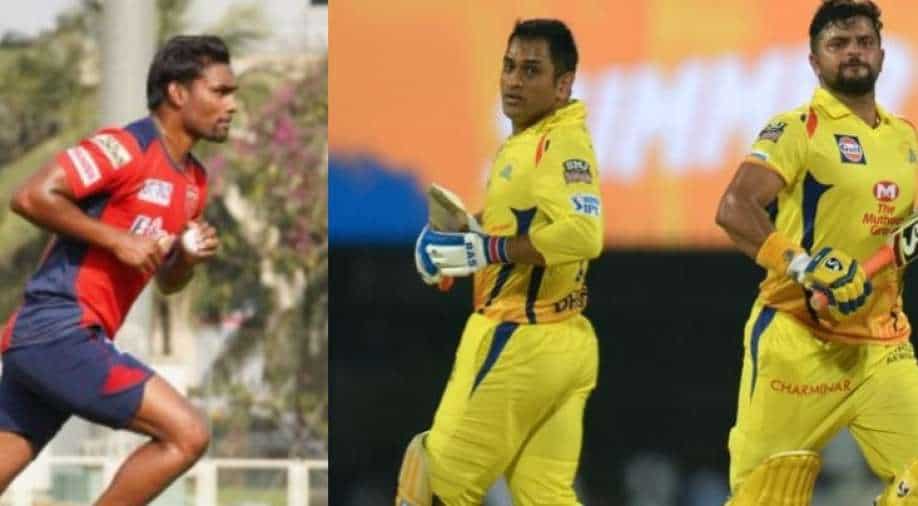 Sandeep Sharma spoke about bowling to MS Dhoni and Suresh Raina Photograph:( Others )

Sandeep Sharma made his IPL debut in 2013 and during his stints with Punjab Kings and Sunrisers Hyderabad, he picked up 112 wickets in the competition.

Sandeep Sharma is no stranger to the Indian Premier League (IPL). The medium pacer from Punjab made his debut in 2013 and during his stints with Punjab Kings and Sunrisers Hyderabad, he picked up 112 wickets in the competition. It was sort of a homecoming for Sandeep as he was picked by Punjab Kings ahead of 2022 season and currently, he is one of the senior campaigners in the side.

The Mayank Agarwal-led side started the tournament on a positive note as they chased down a target of 206 runs to clinch the win against Royal Challengers Bangalore. Speaking exclusively to WION, Sandeep opened up about the game and the feeling in the dressing room after the win.

Universe Boss' show not over yet! Chris Gayle kicks off preparations for IPL 2023 - see pic

“It is always a good feeling to win the first game of the tournament and we want to carry forward that momentum. Chasing 200 runs is very difficult but our batting was able to pull it off. It was a very positive result and the entire dressing room is extremely happy with what we were able to achieve.”

The one thing that caught the attention of most experts during the match was the number of extras conceded by both sides. A total of 45 extras was conceded during the face-off – an IPL record – including 33 wides (12 from Punjab bowlers).

In this regard, Sandeep explained dew as a factor but believes that wides were mainly conceded due to the bowlers’ reluctance to bowl in the batter's hitting arc.

“The conditions were okay and it was mainly a batting wicket. I feel the bowlers did not want to come into the batsman’s arc and as they wanted to stay away from that line, they ended up bowling wide. Dew was also there and in coming games, it will become a factor,” the 28-year-old said.

This year’s IPL will be played in just four venues around Maharashtra and the constant fixtures can result in pitches slowing down gradually towards the end of the tournament. However, Sandeep said that he is hoping for that to happen and only the Pune pitch can see big changes in the future.

“I am not hoping for that as all the venues have 4-5 pitches and they will have 3-4 games each. Pitches in Maharashtra are very good and I think they will be able to sustain 4 games. As I said, dew will also play a part and once dew sets in, the ball will not move even if the wicket is slow. Maybe the pitches will slow down a little but the impact will not be that much.”

“Maybe the Pune wicket can be different as dew is not a factor that much and the pitches are black soil pitches. So that is the only place where we can see a bit of change in conditions,” he added.

Over the years, Sandeep has bowled to a number of world-class batsmen in the tournament and when asked about his toughest challenges, he was quick to name three seasoned veterans.

“With the new ball, Suresh Raina was the most challenging batsman for me. With the old ball, I will have to say MS Dhoni and AB de Villiers as they are both amazing finishers,” Sandeep concluded.