Everton star James Rodriguez to return to the squad after over a month: Carlo Ancelotti 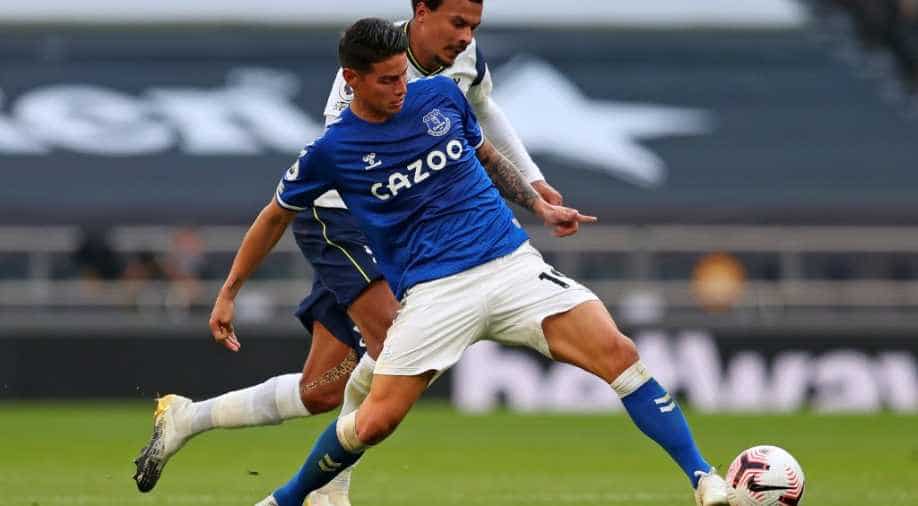 James, who last featured on February 20 during a 2-0 Merseyside derby win over Liverpool, has scored five goals and four assists this season.

Everton star James Rodriguez will make his return to the squad for a Premier League clash against Crystal Palace on Monday, manager Carlo Ancelotti said on Saturday. The Colombian footballer was out for more than a month due to calf problems.

"James is in good condition and he trained well during the break," Ancelotti said on Friday. "It is important for us to have him back at his best.

"He is going to put more quality in our attacking play."

James, who last featured on February 20 during a 2-0 Merseyside derby win over Liverpool, has scored five goals and four assists this season.

Another Everton player Jean-Philippe Gbamin will be returning to the team for the first time since August 2019 after recovering from serious hamstring and Achilles tendon injuries.

"We are really pleased to have him back but we have to consider the fact he didn't play for at least one year and a half," Ancelotti said.

"I don't know if he is going to play on Monday but, for sure, he will be available."